Jerry and Priscilla called Antrenette and I last Tuesday and told us that Thursday we were all going to hop in the car together and go to the Texas State Fair! Best.idea.ever. It’s such a treat when we all get to hang out outside of our work environment together, and the fair is a great excuse to do just that. Jerry and Priscilla pulled the boys out of school and we all piled in the car and off we went!

Of course the very first thing you do when you get there is EAT. Now let me just say that the Texas State Fair is unlike any other fair you have been to. I experienced this first hand last year as I went for the very first time, and I was seriously blown away. Especially when we are talking about the food. I heard about all the fried foods that you can get: fried butter, fried allegator, fried oreo cookie, fried ice cream, fried jelly and peanut butter sandwich, chicken fried bacon (WHAT?), fried frito pie, fried latte . . . . you get the point. I must admit that I am one to hardly ever put anything fried in my mouth -it’s just my preference, and you must know that I get hounded about it often by our team. But they still love me =)

Needless to say that none of us tried the fried butter. GROSS. I just really can’t imagine putting that in my mouth. HOWEVER, we did have some delicious eats. Here’s a few . . . 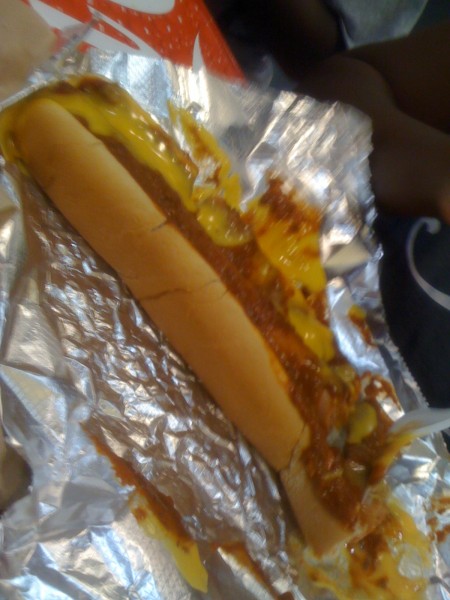 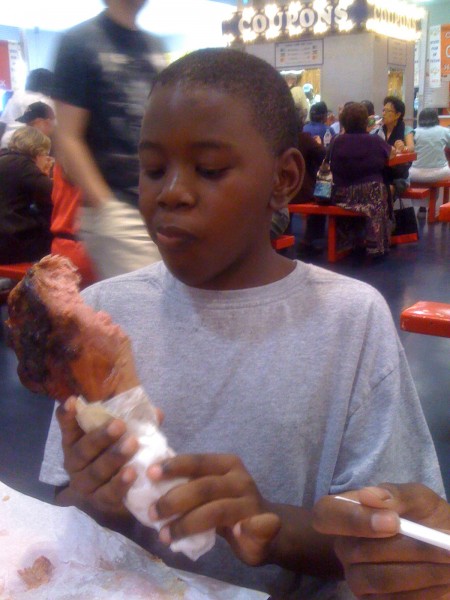 Jackson chose the turkey leg – that boy ate that whole thing and he still wasn’t full. He is a meat eater! 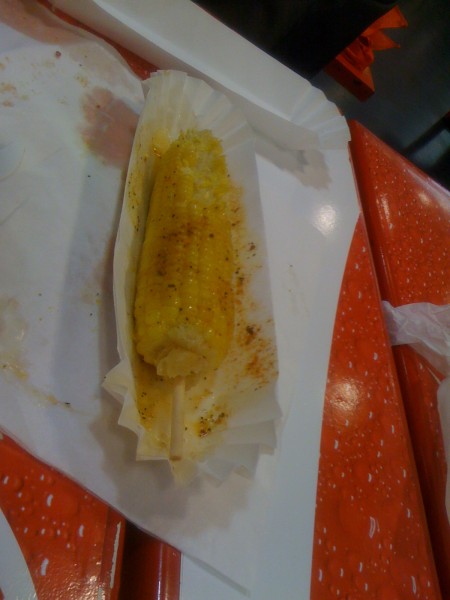 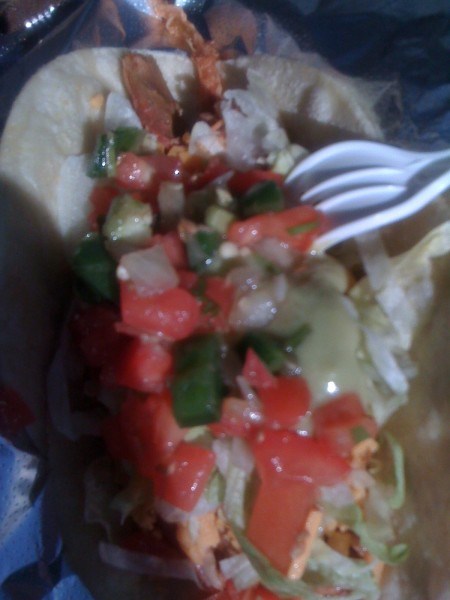 I got some tacos from a little stand – delicious!

What we failed to get a picture of was the french fries, corn dogs, (you can’t go to the fair without eating one) funnel cakes, and lemonade! By the time we had the funnel cake I think we were all going to explode. However, TOTALLY WORTH IT!

We walked around the whole fair while the boys played games and rode rides. We also ventured into this petting zoo that they have where you can feed all the animals. There were animals in there that I had never even seen before. For example, can anyone tell me what this is . . . ??

If you can without looking I will give you some kind of prize. Seriously.

Priscilla, Antrenette and I wanted to do just one ride before we left since the boys were the ones playing the games and doing the rides. Jerry didn’t want to participate with us so we chose one of the craziest rides and it was HILARIOUS. I couldn’t stop laughing just starring at the look on Antrenette’s face. I wish you could’ve seen it – total terror. I wish I remembered the name of the ride but I have no idea what it was called. All I know is that it swings you in all kinds of directions and you flip every which way going really fast. I didn’t quite know that we all have that adventurious edge to us – so much fun! 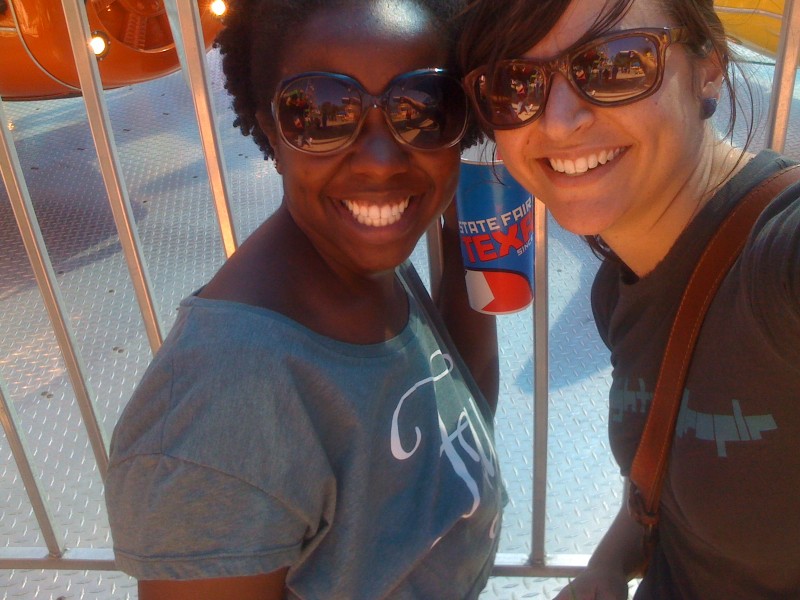 (Antrenette and I watching the boys on the slide) 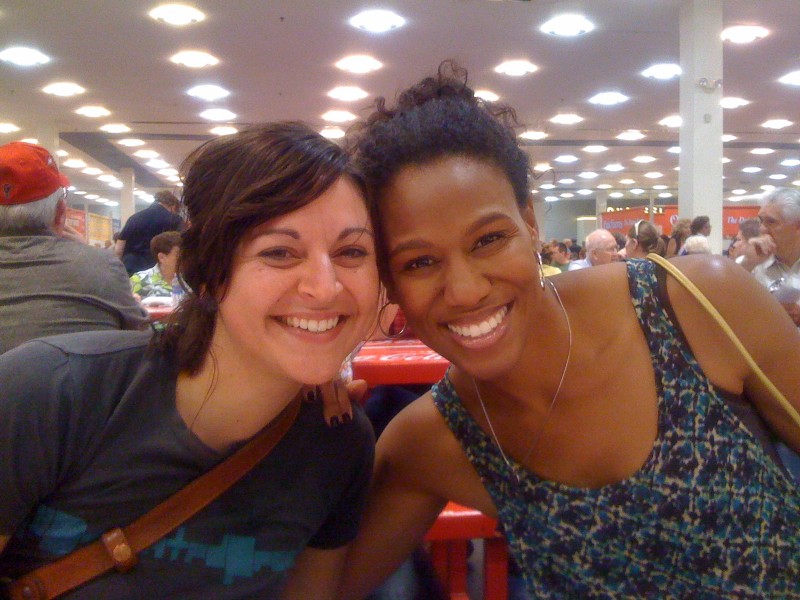 (Priscilla and I chomping down on our food)

I’m so grateful for the day that we got to spend together. It’s so important every now and then to just leave everything at the office and head out for the day. I think our “fair days” will go down in my books as some of my favorite times at GB. Just because it’s something different to experience together. We get to just be, to not have to talk about schedules and meetings and whatever else we have going on at the moment. Although Jerry and I somehow managed to still find a way to sneak in just a “to-do” items =)

I realize that we are so blessed to be abe to work with such an incredible team and leaders. I wonder about you all – what tpe of work environments you are in, or what your environment is like at your home or wherever it may be that you spend most of the day. Do you have days every now and then to unplug and enjoy the people you are around all day? Would your office ever take off and go to a fair? Would love to hear your experiences or great ideas!

AND if you’ve never been to the Texas State Fair – you’ve got to go! I promise you won’t be disappointed.

Have a great Monday!