I spent some time with a wonderful woman last month. Her home was impeccable, her recipes delicious and her family admirable. Her four children – three girls and a boy – are all grown now. Her youngest, a teenage son, is the only one still at home and she is dedicated to making sure that he has a wonderful childhood, filled with all the joys of a full house even though he’s the last one to remain. So she’s dedicated to doing what she’s done with her first three. She says that it’s strategic and thoughtfully planned out.

I leaned in close over a cup of hot cocoa when I met with her. I listened intently to her deliberate and calculated plans to build a host of memories that her son would have for the rest of his life. She called it – creating a childhood.

Long before she had kids, she’d decided what type of childhood she wanted to create for her brood. Growing up in the city, her favorite place had been a little pond that had ducks. It was her “happy place”. She decided then and there that she wanted her family to have ducks. Her list of other important factors was deliberately calculated as she chose where to raise her family and what to implement into their lifestyle.

Priscilla, our children only have one childhood and we have the privilege and responsibility to fashion it. We hold their memories in our hands. Be deliberate and strategic as you rear them.”

I took it to heart and have made a list of my own. 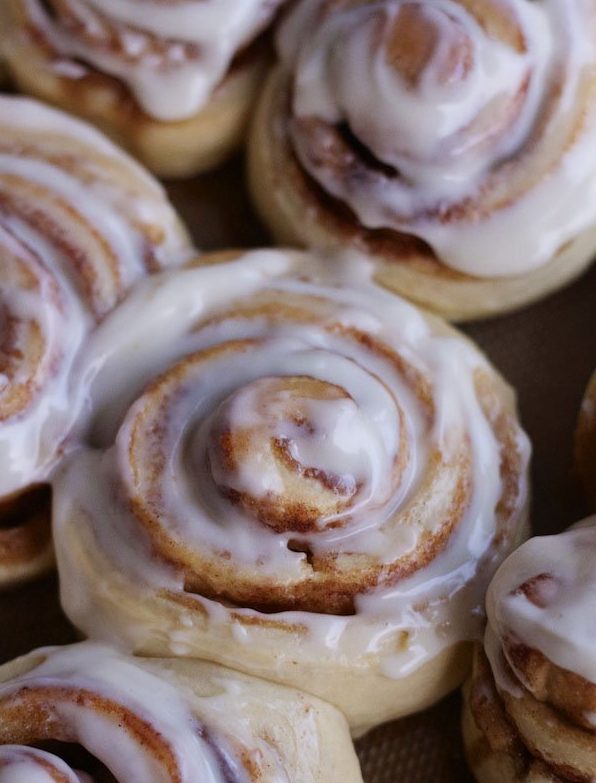 So I’m careful about making sure we have time for long walks, fishing, play time with cousins and cuddling. My parents made sure my siblings and I gave to others at Christmas time, so every birthday and every holiday, I take the boys shopping – not for themselves but for others. Then we don’t take the gifts to a donations center, we actually find a family and take the gifts to their doorstep so that they can see faces and sense the impact of their generosity.

Then there are the cinnamon rolls. Not nearly as eternally impactful as giving but equally as important to these sons of mine.

For about two years now, I’ve made homemade bread. The dough can easily be made into cinnamon rolls. While it’s amazingly delicious, the real reason I want to make it is so that the smell of fresh bread will be a memory my kids will always remember. Growing up, my mom always started her huge Sunday dinners the night before. So the aroma of roast would waft through the air in the wee hours of the morning. One day, I hope to master that, but until then I’ve got my boys hankering for cinnamon rolls slathered with homemade icing.

I’m still creating my list. It will be thoughtful and intentional so that I create a childhood that’s worth remembering. Hopefully, it will be filled with lots of good things that mark their little souls in an amazing way. I don’t know everything that will be on it, but I know it will include cinnamon rolls and other good smells.