Will your first steps be ones of faith or fear?

Netflix has some extraordinary documentaries – ones that capture every ounce of your attention. Life Story, a BBC documentary series, added its first episode called First Steps that I had the privilege of watching a few months ago. Between the sweet newborn goslings and the narrator’s charming English accent, I was enamored.

The setting takes place in the remote Orsted Dal Valley in Greenland. Newly hatched barnacle geese are nestled under the wings of their mother at the peak of a huge tower of rock. The five goslings, safe and snug, are growing hungry and there is nothing to eat in the vicinity. Their parents chose this rock to ensure the safety of their brood from predators on the ground, but now they must risk their lives. In order to survive they must find grass, but to discover it, they have to venture 120 meters below. The goslings are just two days old, without the ability to fly for another eight weeks. So, they’ll have to jump.

The father decides it is the ideal time for the family to make their descent. The goslings are so firmly attached to their mother that they will take after her. She flies to the bottom and calls for them – instinct compelling them to follow. The first gosling takes a leap and jumps off the cliff, spreading its body and flapping its tiny wings to slow its fall. If the first collision is belly-first, the gosling ought to survive. The second gosling jumps off the back of the cliff, a greater distance away from its parents. It is less of a drop, but this route increases its likelihood of getting lost in the crevices. The third makes another great jump; however the fourth slips, diving down recklessly. The third gosling hits the rock belly-first, but the fourth fails to survive the tumble.

The final gosling makes an ideal dispatch with a controlled drop. This is as great a launch as it is imaginable to make. Although stunned, the barnacle gosling arrives to the safety of its parents at the bottom alongside the others. 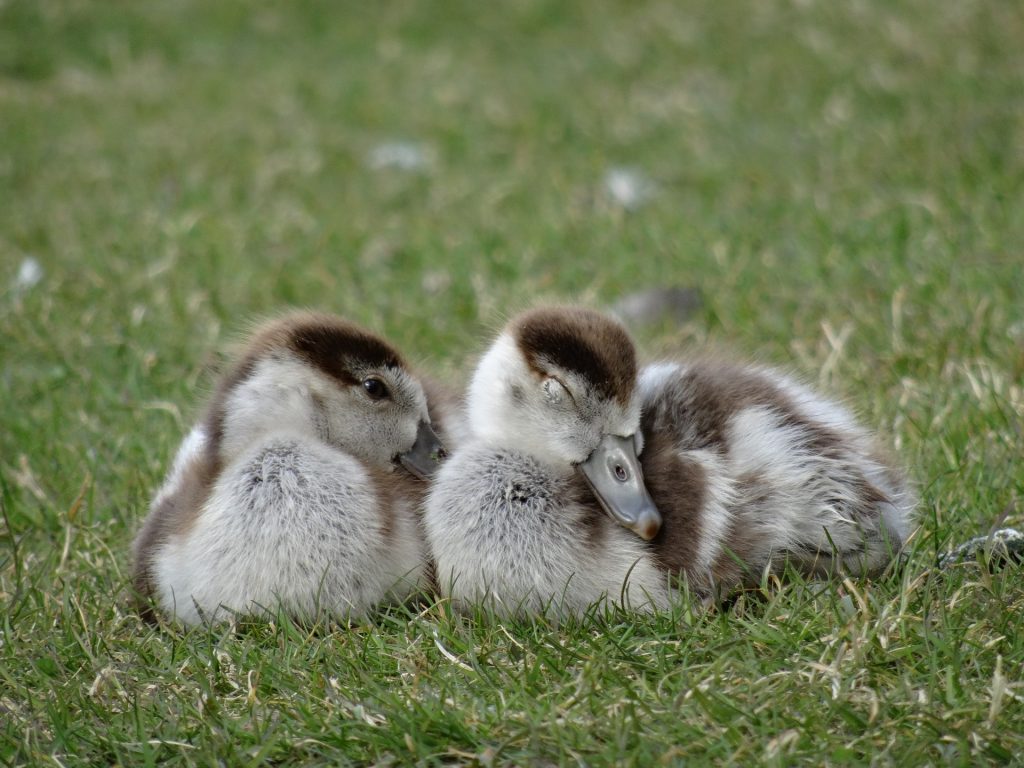 We are born into this life under the supervision of our Father. He is our guardian and our provider, and we are called to place our trust in Him despite our fear. He has set a way before us and we will all stand at the edge of a cliff at some point in our lives and will have to make a choice: to act in faith or in fear.

Fear is NOT of God: “For God has not given us a spirit of fear, but of power and of love and of a sound mind” (2 Timothy 1:7). An act of fear leads to stress, insecurity, nervous nature, and an inability to perform in full excellence. Fear is crippling, persuading us to believe the worst about others and ourselves. With faith comes a sense of encouragement, determination, obedience, and a persuasion to believe the very best. Faith is a willingness to allow God to intervene in the areas of our lives in which we may not feel fully equipped.

I’ve experienced several embarrassing moments in my life – many due to a fear of how others perceive me. The irony of this fear is that I’m so concerned with what other people think about me that I overthink my words and end up sounding foolish. On the contrary, the days I’ve submitted my trust to the Lord and acted in faith despite my fear . . . my interactions with others are smooth and effortless. God gives me an assurance about whom I am and what I have to say.

Fear is to my detriment; faith is to my benefit.

In tough times, we have a choice to make. Do we jump in faith or in fear? Either way, we have to jump. Fear is the enemy’s way of wasting our time. Leaning over the edge of the rock, dreading the inevitable jump only diminishes time that could be spent with the Father. Like the fourth gosling, we peer over the edge, question our capability to complete the task, and aimlessly slip, plummeting directly into failure. Other times, we disobey the path set out for us, and like the second gosling, we lose our way. But then there are times we trust Him, align our plans with His, and take great leaps of faith. It may be rocky from time to time, building our resilience, but we are guaranteed that our Father will be there to meet us at the bottom, eager to lead us to our blessing.

So, which gosling are you? Are you willing to take risks for the Lord? Are there challenges ahead that you fear facing? Don’t waste time. Take the first jump and put fear to rest.

I’m excited about a faithful life. I hope you’ll join me.