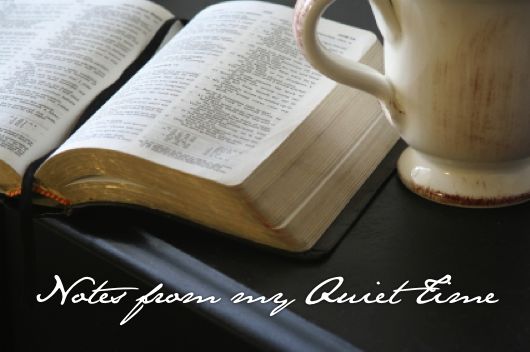 The familiar story of David and Goliath is still chalked full of amazing encouragement for anyone who wants to claim victory in the battles of life. From the time I was a little girl, I’ve been told this story of great heroism: one young boy risking life and limb to contend with a fierce warrior that even Israel’s best fighting men didn’t want to face. Through the ages this story has become so iconic that its theme symbolizes any modern day struggle where the underdog is facing a menacing contender and emerges victoriously. Movies and books alike have born the name or the theme of this age old tale.

It’s refreshing, then, to look at it with new eyes. So, I’ve been reading and re-reading 1 Samuel 17 and asking the Lord to reveal some new nuggets of truth that will not only help me to understand that battle better. . . but my own – to be able to face my own struggles with a renewed sense of hope and direction based on David’s example. That’s what I need. . .it’s what we all need.

Honestly, when preparing to teach I shy away from “been-there-done-that” Bible passages like this one for fear that people will let out a sigh of boredom as soon as I tell them the topic of the day’s message. I shouldn’t do that. And so, as God’s Spirit has drawn me here – to these familiar pages. .. I’m expecting something for myself and hopefully for you as well.

And, true to form, he is making good on His promise to open up His Word to me, by His Spirit, in a refreshing way.

As [David] was talking with [his brothers], the champion, the Philistine from Gath named Goliath, was coming up from the army of the Philistines, and he spoke these same words; and David heard them. When the men of Israel saw the man, they fled from him and were greatly afraid.

Look carefully at the bolded portion and you’ll notice a startling difference in what David was doing and what Israel’s army was doing when the enemy approached.

David was listening while Israel was watching.

Sure, David could see the 9ft 9in giant. (How could he not?) This guy would have made Shaq look like he was from munchkin land. Sure, David’s physical eyes beheld the giant and the weighty armor that Goliath wore as he breached Israel’s territory but what David saw didn’t weigh more heavily in his mind and heart than what he could hear.

This brazen Philistine had boldly mocked the armies of the living God – and giant or no giant – that was too much for David to stand. So, while Israel was paralyzed by what they saw, David was galvanized to action by what He heard.

Through this new lesson simply yet powerful lesson in my quiet time, God is asking me not to be intimidated by the problems and battles of life – no matter how big and looming, desperate or dire they are. He has challenged me to pay closer attention to what I’m listening to.

Think about it for a second: what are you hearing on a regular basis. Do you fill your ears with negative content that dismantles your courage and skews your purporse or are you purposefully filling your ears with conversation and content that recharges your spiritual batteries.

On the flip side: do we take note of the moment we “hear” anything that contradicts what God’s Word declares as truth and stand at attention, head out for battle and take that giant down – no matter how big He is.

What if this was our new year’s resolution – to change what we are hearing.

Apparently, it can make all the difference.

So, this new year my ears are open.

Answer this question: How can you become more strategic about what you are hearing on a daily basis?