Home » Blog » The God of the Universe 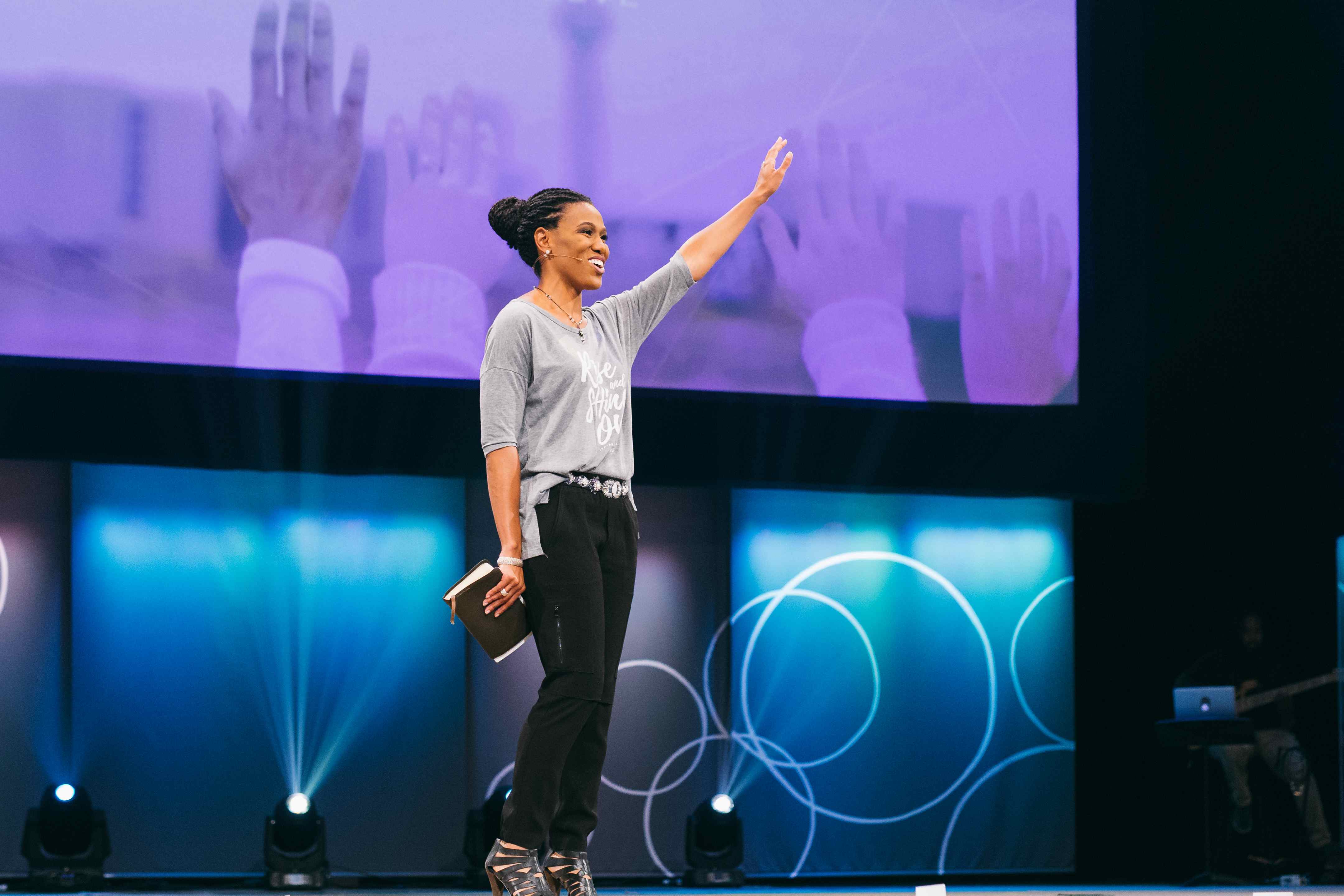 Have you ever wondered how the trees know it’s ok to bloom? Or the flowers know that spring has arrived? When winter has been cut short? Have you ever thought about the birds chirping in the early morning after a hard rain as if on cue that the storm has passed? Or how our Heavenly Father could hear and answer the prayers of 1,800 women at once. I did. 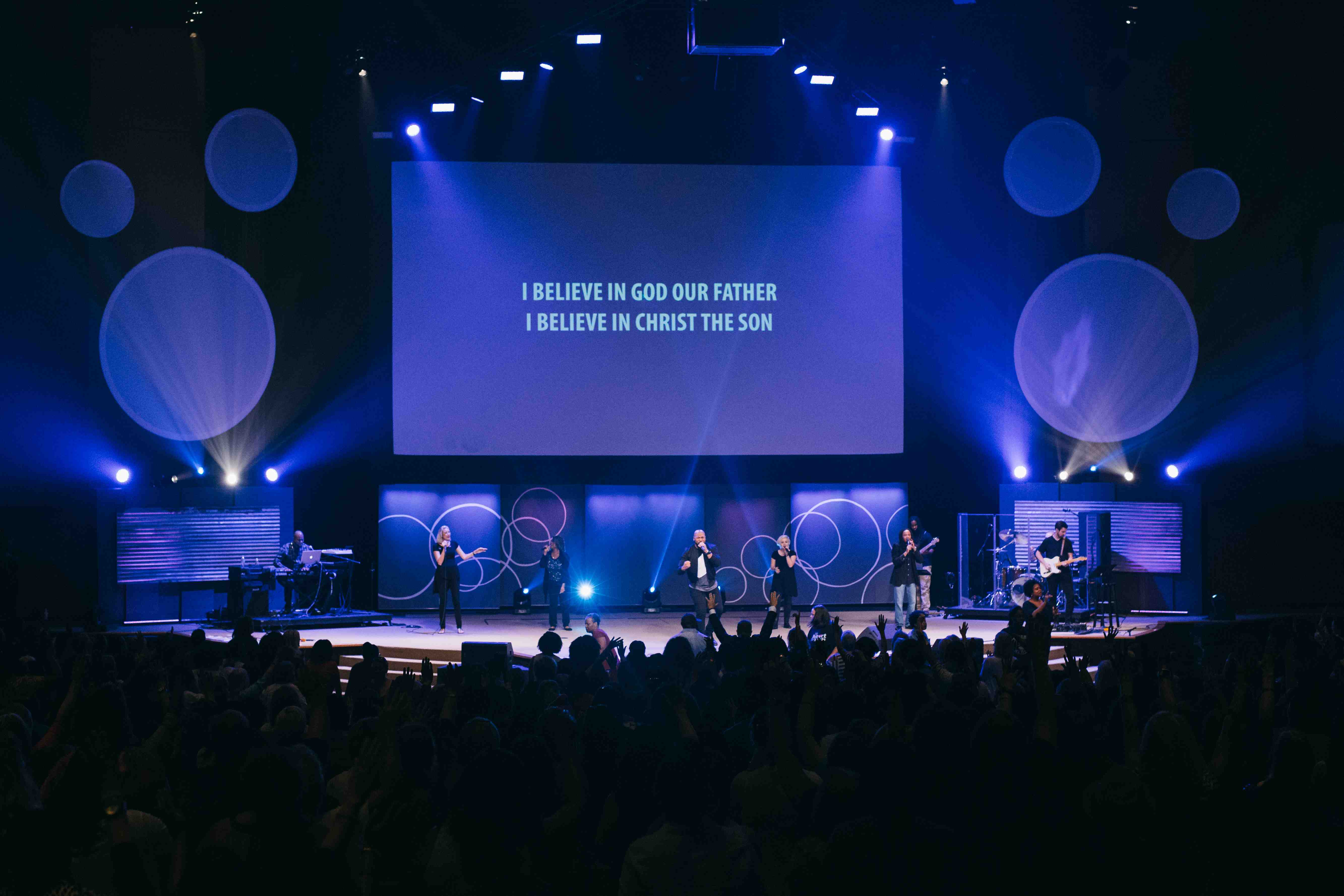 As the doors opened for our AWAKEN Gathering at The Oaks Fellowship on August 2nd, the thought of our Heavenly Father knowing every hair on the heads of each of His daughters had me thinking. As women stood in line, I noticed how each woman had such unique features. No woman looked like another. Eighteen hundred women standing in line and not one had the same features. That’s when it hit me.

The God of the Universe cares so much that He created these women uniquely with their own special features for Himself. As they talked with their friends in groups of two, three or sometimes seven or eight, I could hear the chatter and anticipation of what was coming. I noticed even their laughter was unique. The voices were distinctly different. Even the smiles on their faces were all different. Not one was the same. It was one of those rare moments when you see the work of God and marvel. I saw masterpieces of God’s handy work before my very eyes. It was like a rare sunrise. Paul states in Roman 1:20, ” . . . since the creation of the world God’s invisible qualities, His eternal power and divine nature, have been clearly seen, being understood from His workmanship, so that man is without excuse.” 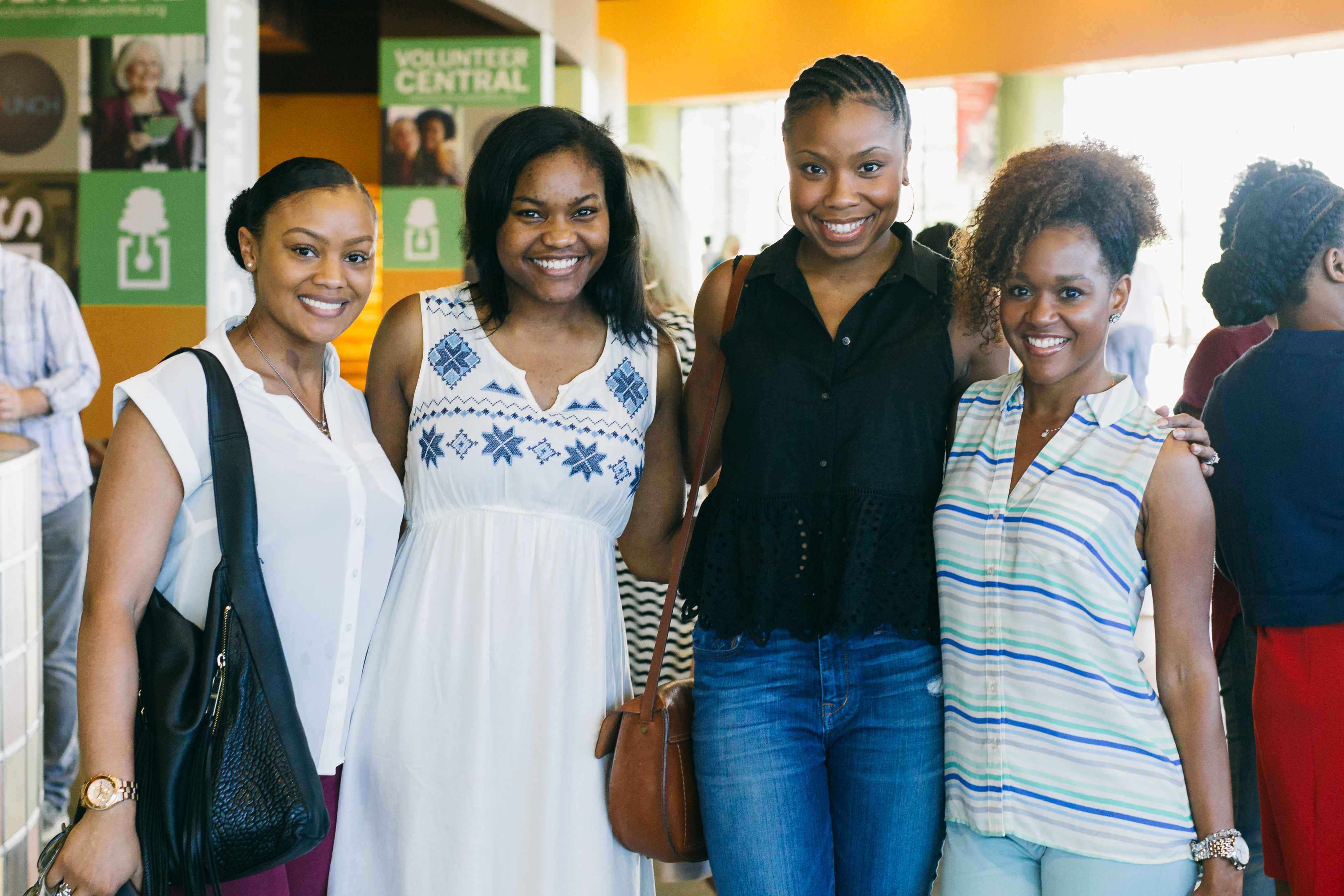 I saw God’s qualities in each woman as they stood in line and waited for the doors to open. Some women were so excited about what was to come. I could actually see their excitement. You could hear it in their conversations. As more women entered the building the volume of their voices grew louder as they discussed the Gathering and what to expect. They had heard from a friend, a sister, an aunt or church member about the AWAKEN Gathering and was anticipating an evening of fellowship, worship and teaching. At this point, I marveled at God’s handiwork. Are you getting this picture? Over 1,800 women made in God’s image declaring the wonders of an amazing God. Why would God create such beautiful beings in His image? Why would the God of the Universe take the time to create such uniquely different women and so many? The answer is to allow us to each have a personal relationship with Him. Our uniqueness is for Him to enjoy fellowship with us. To allow us to hear from Him and know Him. 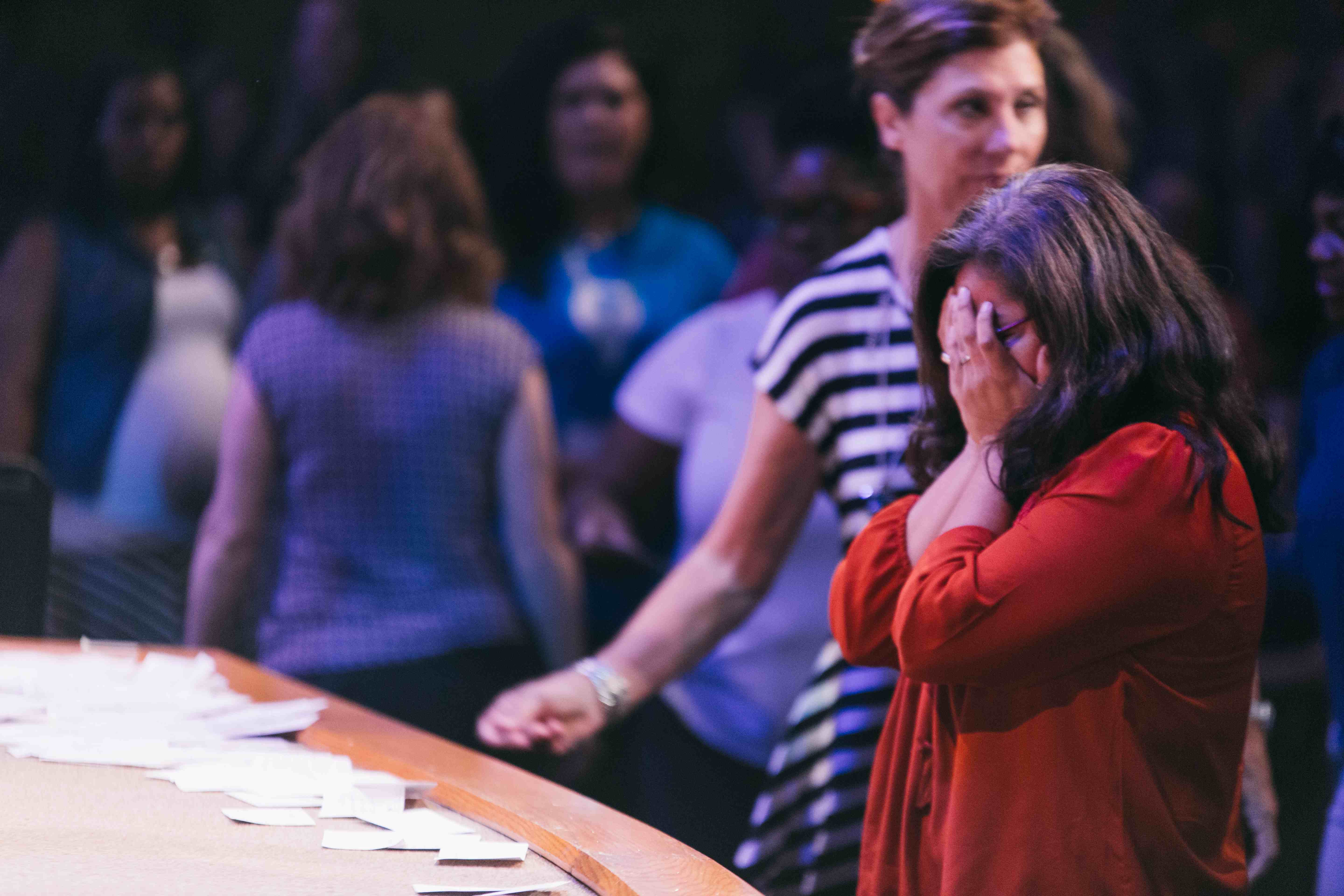 As if this were not enough, it seemed the God of the Universe had one more lesson for me. It came during prayer time. At each AWAKEN Gathering, women are encouraged to write their prayer requests on index cards and bring them to the stage. As the worship music played, the ladies started bringing their requests forward. Can the God of the Universe, the one who made all these unique women, the one who created Heaven and Earth, hear 1,800 requests all at the same time? He not only hears us, He answers us! 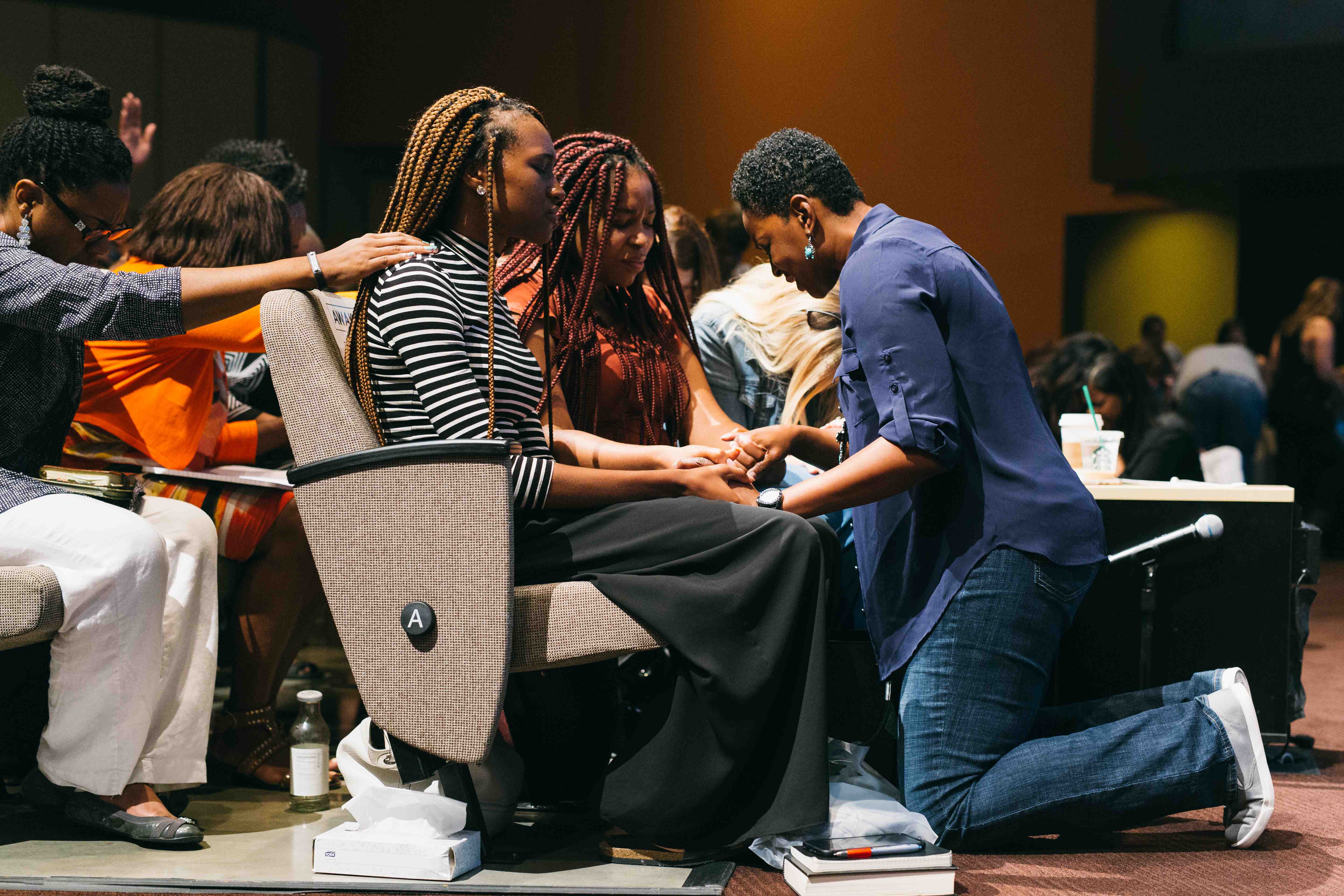 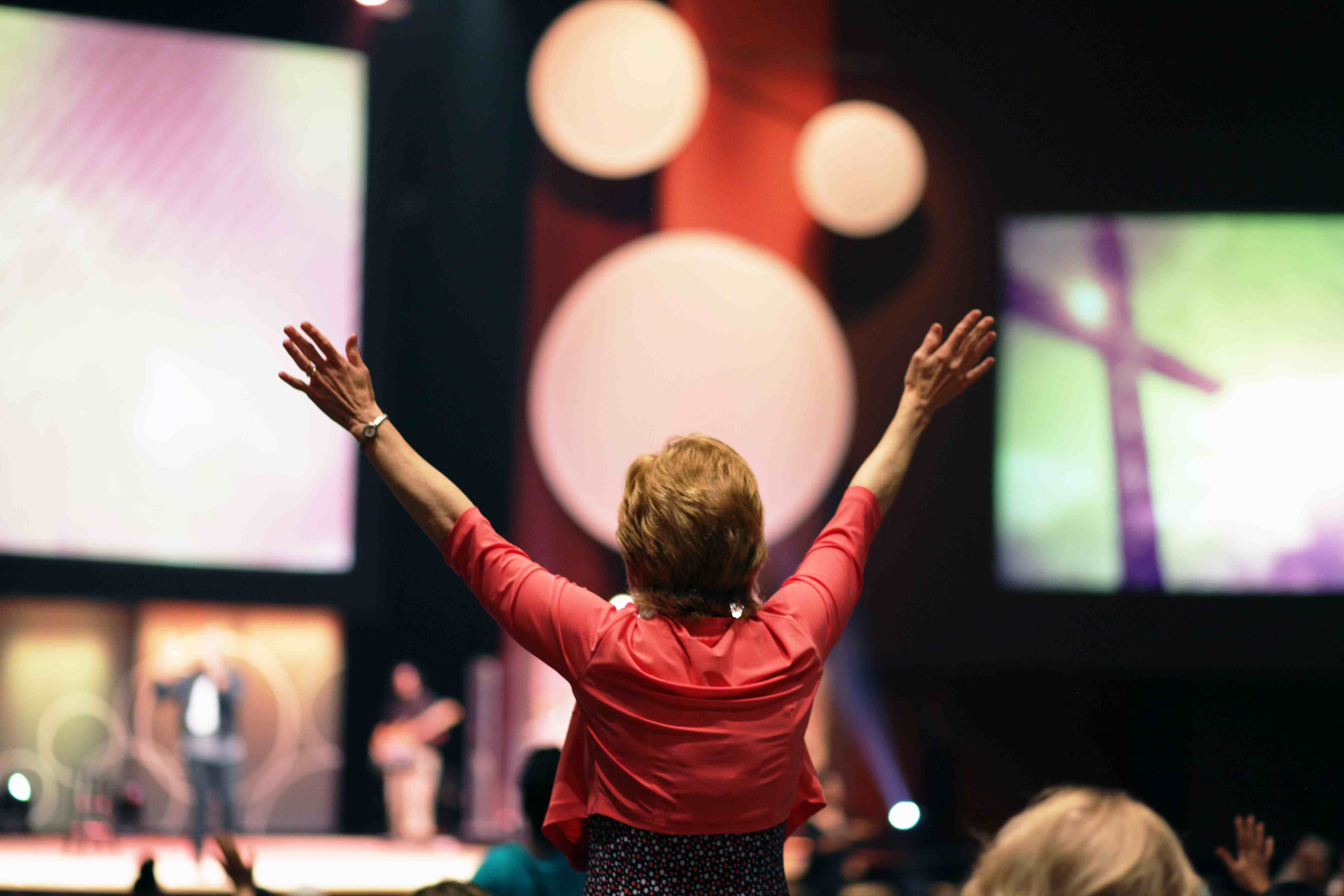 – Ms. Beverly and the Going Beyond Team

Photos courtesy of The Oaks Fellowship and Jessica Estrada. All rights reserved.