Home » Blog » The Tyranny of the Urgent

Cleaned out the top drawer of my night stand this weekend. Ran across a favorite ponytail holder, writing pen and gift card to a local boutique that I thought I’d lost long ago. It was just like Christmas all over again.

And I also found this: 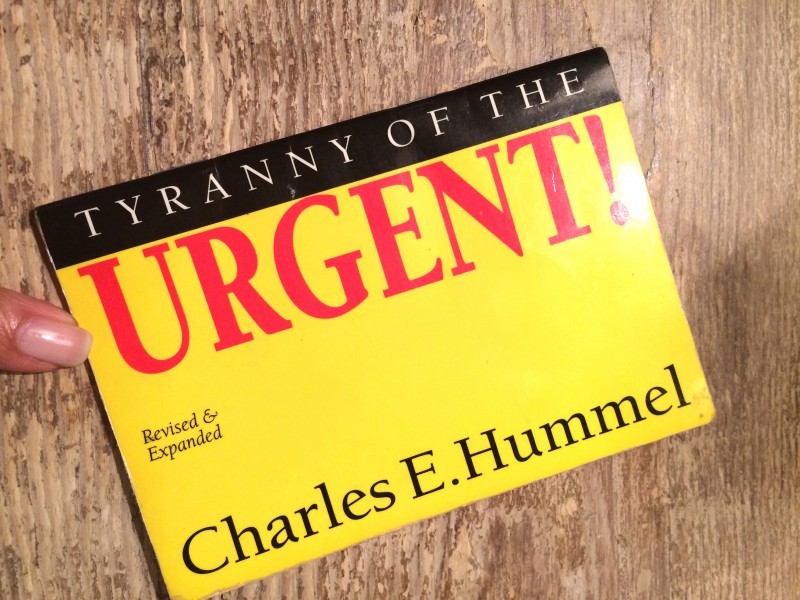 It’s a tiny little pamphlet given to me by an older woman in the faith nearly a decade ago. Written in 1967, each of its short pages is packed with a jolt of practical wisdom that is just as poignant in this century as it was in the last.

Check out the statement that I underlined on page 5: 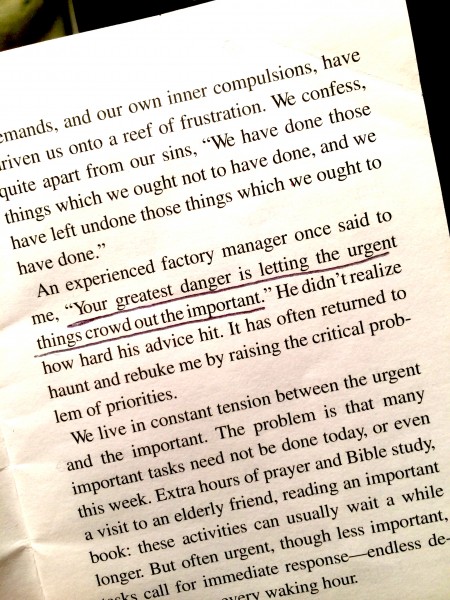 That’s the first line (among many) that I highlighted – a reminder that everything is not nearly as critical as it seems to be at first. The discerning must prayerfully consider how they can maximize the gifts God has given them and the time in which He has allotted for them to be used.

There were so many demands placed on Him by others who either wanted Him to demonstrate His power or from some who were trying to exploit it. And most of those man-delegated opportunities He refused to indulge. Not because He wasn’t compassionate or aware but because He was on assignment. So, instead of being swayed by the whims and requests of the masses, He diligently asked the Father what His assignment for Him was, and then He stuck to the plan and only did those things.

After only three years of ministry, Jesus could confidently say that He had completed the work that the Father had given Him to do (John 17:4) and it was only possible because He hadn’t fallen prey to the tryanny of the urgent.

What are some of the “urgent” things that most easily sway you from your main priorities? Take a few moments to leave a comment listing some creative ways that we can discipline ourselves to stay on task to our God-given mandates today?

You are fiercely loved,