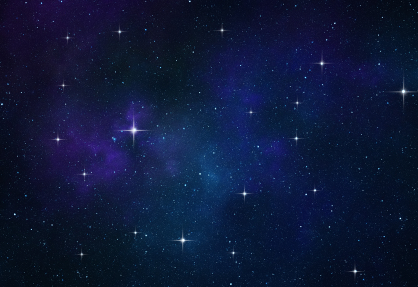 Not long ago, I found myself driving alone to one of my son’s hockey games. Night had just fallen, and the sky had begun to twinkle with starlight. Suddenly, a
brilliant shooting star blazed through the sky, its flaming tail
streaking after it in an awesome display.  I gasped involuntarily at the
sight, and said aloud “Look at THAT!” even though no one was with me.  And in
almost the same moment as it appeared, it was gone, swallowed by the
inky darkness as if it had never burned through the atmosphere.  I came
to a stoplight and continued to stare at the sky, blinking in
disbelief.  Did I really see it, or was it just my imagination?

The suddenness of the star’s glorious descent left me feeling oddly
unsettled.  In that split-second encounter I was amazed, dazzled and
awestruck by the vastness of the universe, and humbled by my own
insignificance in light of it.  Fragments of scripture rushed at me,
like loose musical notes of a song you can’t quite remember.

“The heavens declare the glory of God…”

“He placed the stars in the heavens…”

“He knows them by name…”

“We are like the grass, which today is and tomorrow is gone…”

The light turned green and I continued on my way, pondering both the
brevity of life and the hockey game that would be played that night.  It
seemed like God had sliced through my busyness to remind me that He,
the Eternal One, beckons me to look up and see His handiwork.  He calls
me to seek Him.  He pulls me toward Himself.  He waits.  Sigh. And much of the
time I’m simply oblivious to His voice, so wrapped up in my own stuff.

The last scripture fragment floated, then settled on my heart.  “He
has set eternity in the hearts of men…”  When I got home that
night I eagerly opened Ecclesiastes to read the rest of the passage.
What a feast for my spirit.

“He has made everything beautiful in its time.  He has also set
eternity in the hearts of men; yet they cannot fathom what God has done
from beginning to end.  I know that there is nothing better for men than
to be happy and do good while they live.  That everyone may eat and
drink, and find satisfaction in all his toil – this is the gift
of God.”

Our brief lives are filled with things like kids’ sports, committees,
work, and activities.  In light of eternity I suppose most of them are
pretty silly. But, wait. They are also GIFTS – to be enjoyed and appreciated.

There is beauty in seeing your children play and learn.

There is satisfaction in a job well done.

There is joy in being with others.

And in the midst of it there is God, working His eternal plans in our
lives. Sometimes it just takes a falling star to remember it.

Dazzled by Him, Rachel

What is going on in your life that is a gift from God for you to enjoy?