I’ve been waiting – waiting and thinking about when and if to write about it here. Wondering if this virtual living room was an appropriate forum for a post on such things.

If ministry – all ministries – are not connected to and involved with the issues of culture and society then what is its real power. So sometimes we write about silly things – superficial things – like hair or recipes. Sometimes we inspire you spiritually or ask for your comments about a personally enriching topic. But sometimes. . .sometimes. . .

I’ve watched it all play out in the media just like you have. So many details still unknown and unclear. So many questions and hurt feelings that are pulsing in the soul of our already heart-bruised nation. Who should bear the weight of guilt will prayerfully be decided as justice unfolds but choosing a culprit is not my intention today.

But I am a mother of black boys. 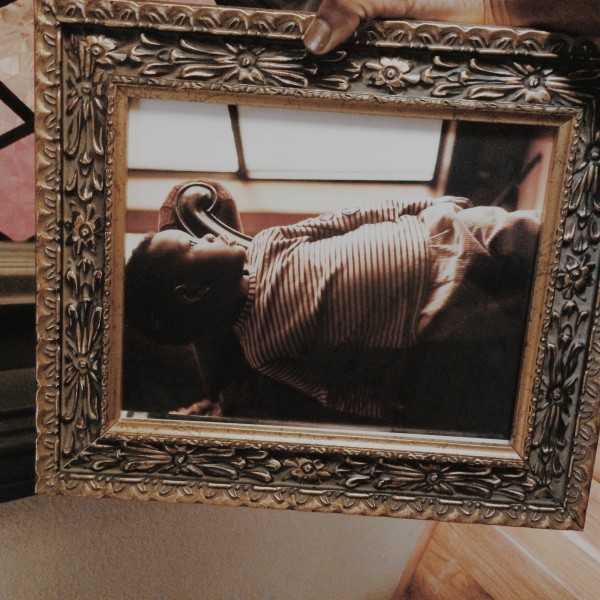 Several Sundays ago, my family and I visited Concord Church where Pastor Bryan L. Carter spoke powerfully about the turmoil and discord surrounding this issue. He focused our attention on Jesus as the only One who has and can ever bring complete peace in situations like this one that have roots too deep for human solutions to reach. It was beautiful and challenging.

My three sons sat in between their father and me and for the first time they heard the details of Ferguson. They looked at the pictures that the pastor had coordinated to accentuate his message as they flashed across the screen behind the pulpit. I glanced over and watched their faces pulse with concern. Their brows furrow in confusion.

Over brunch, the questions came. Why? How? Where? What next? We gave them as many details as we could but then I sat quietly as their father – a stately, dignified black man – looked his growing black sons in their curious eyes and told them what every young man of color needs to hear.

“Boys, there are labels and stereotypes hanging over your heads. Your choices will determine whether or not they stick.”

He was honest with them about his own experiences – the times he’s been followed and closely monitored by an attendant in a high-priced department store or disregarded while sitting around a conference room table with his peers. He told them about the women (black and white) who have clutched their purses when he got on the elevator next to them and the police officer that stopped him because he “fit the profile” of the culprit they were looking for. He explained to our sons that, sadly, the burden of proof fell on them to prove that the stereotypes don’t fit them and never will.

“Unfortunately,” he continued, ”many people will not give you the benefit of the doubt. They’ll judge you the moment they see you walk into the store or the meeting or the elevator or pull up next to them at the stop light. They’ll make estimations about your status and your background and draw unfair conclusions about your potential. They’ll see your hooded sweater – the same one that other kid is wearing on the other side of town – and make decisions about your intentions that are untrue and that they’d never apply to the other guy. It will be up to you to let them know that their pigeonholes are too small and narrow – that they are for the birds not black boys. So, young men, the way you dress does matter. The way you talk does matter. The way you wear your hair matters. The education you receive matters. For now, that’s just the way it is.”

And, listen to me friend, my husband is right. It does matter.

I need to tell you that it was only a decade ago that I walked off of a stage after having spoken at a prayer breakfast in one of our nation’s major cities. An older man with kind and tender eyes, walked up to me, shook my hand and in the most sincere way he knew gave me a “compliment” – That was a great message. You are a credit to your race.

A credit? To my race?

He was utterly sincere.

The fact remains that there is an underlying divide in our nation that still exists. The expectations for minorities are so low that when one excels it’s a surprise. The individual is viewed by some as a “credit” to an otherwise bleak people group. And, every now and then, this dismal perspective erupts – more often than the media has time to cover – revealing its ugly head and taunting those who have gone before and paid such a high price for equality. 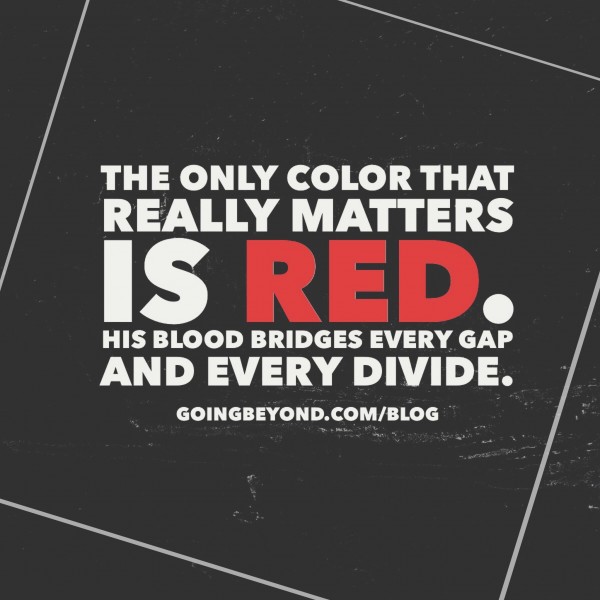 What does Ferguson teach us? So many things that I don’t feel qualified to cover. But one thing this, and other cases like it, has reminded me – a mom of young minority children – is that it would be foolish for me to turn a blind eye and act as if everything is ok just because blatant acts of racism have not been my regular experience. I don’t do my boys any favors by keeping them uninformed to the stark reality of the situation. If I don’t tell my boys about the shadow following them, they’ll make choices ignorantly and leave themselves open for brutal criticism, marginalization or . . .much, much worse.

So, Ferguson taught me to be honest. My 11 year old, 10 year old and even the innocent-eyed 5 year old, need to know and it’s the job of their father and I to tell them.

Red. Yellow. Black. White. Will you tell your little humans that we are ALL precious in His sight? That none of us deserves a label that we haven’t personally earned. Will you teach your kiddos to respect others and to choose their friends based on character and not color? Will you commit to telling them the truth about race relations in our nation? Will you refuse to act like the struggles aren’t real even if they aren’t largely your personal experience and even if it’s just easier to turn off the news and send the kids to bed? Will you tell them the flaws of our history and the appropriate way to overcome them? Will you admit and recognize your own prejudices (we all have them) and put them away for good?

Will you tell them – not naively but truthfully – that the only color that ever really matters anyway is red.

His blood bridges every gap and every divide. Let’s act like it.