The Lion King is one of my all-time favorite movies. I’ve seen it at least three times on Broadway and endless times on the DVD player in my own home. It’s just one of those timeless classics that deserves to be passed down through the ages.

For me, the most memorable scene is where young Simba is trying to intimidate the hyenas who are standing in his way. They are threatening his and Nayla’s safety and, like all young males, he attempts to rise up to the challenge and exert his masculine prowess. He stands with his little hairy chest poked out and lets out his best roar. The problem is that his young lungs can only create a puny yelp that is far more hilarious than it is intimidating. His enemies laugh. He tries again and again but he’s just too small to scare them away.

But his final roar is different. 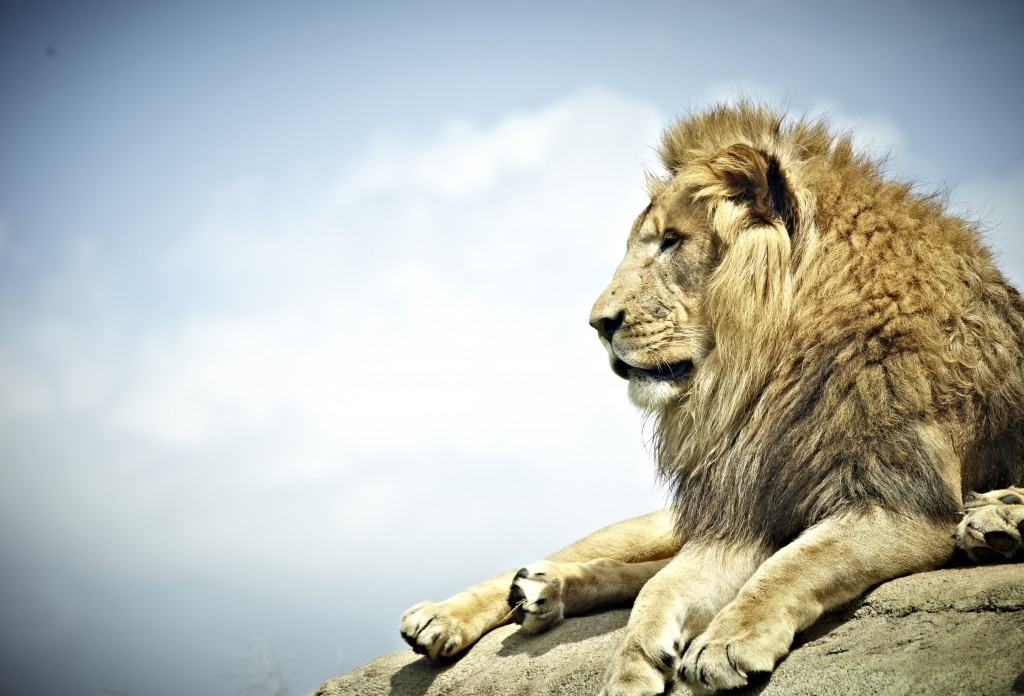 Unknown to him, his father Mufasa had marched gallantly up behind him. So, when Simba lets out his final roar, Mufasa synchronizes his powerful and intense roar with it. The landscape shudders with the thunderous noise of the massive sound – a sound befitting a real lion king. The hyenas scamper away . . . not because of Simba but because He’s accompanied by His Father.

On our own, we are puny and unable to scare the enemy away. That’s just the truth. Left to your own strength, he will always have the advantage. Our best attempts to scare him from our families, our minds, our hearts, our homes, our destinies, will be laughable to him.

When God is behind us, empowering and strengthening us, the enemy doesn’t stand a chance. TWEET

But everything changes when we are girded with the strength of our Father. When He is behind us, empowering and strengthening us, the enemy doesn’t stand a chance. He’ll be running with his tail between his legs when he sees the power of your Father rising up within you.

Tell me about a time in your life when you felt the wind of God’s Spirit with you – strengthening you and intimidating the enemy on your behalf?