I’ve never watched Survivor. Although it’s one of the longest running reality shows on the air, I’ve never tuned in before. To be clear, I have been intrigued. The thought of humans deserted in a remote location with no food or shelter having to forge their own way against severe elements is worth watching.But this season, I’ve had my DVR set to record every single episode.There’s a good reason.One of my closest friends, Lisa, is on this season. 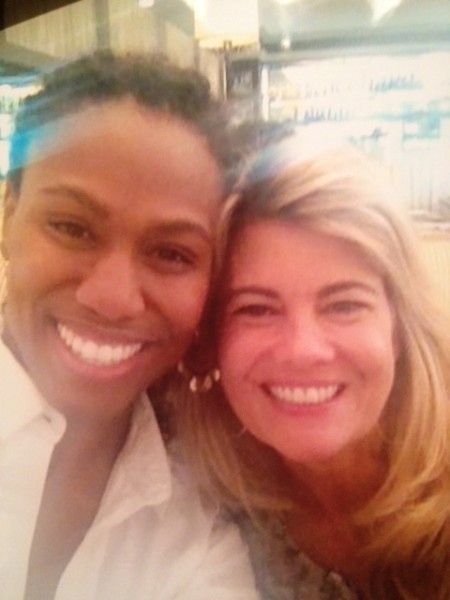 Her tribe is Tandang and the stakes seem to get higher and higher in every episode. While her tribe has fared well – steering clear of tribal council and maintaining a fairly close knit group – it’s clear that the severe conditions are starting to take their toll.Emotional fuses are on edge.Stomachs are growling loud.Alliances are wearing thin.Exhaustion is setting in.On Wednesday night, Tandang and the opposing tribe, Kalabaw, took to a challenge that couldn’t be completed. The two groups came to a nail-biting standstill that lasted 60 nerve-wracking and exhausting minutes. I wasn’t even a part of the challenge and I felt completely spent as I watched them wrestle in the mud and cling to the opposing team member’s extremities in an effort to hamper their progress.The adrenalin was running high enough to peak on Mt. Everest and understandably so – there was a lot at stake – a full, delicious meal awaiting the winner. Now remember, none of these folks had eaten anything that would satisfy even the tiniest toddler in two weeks so the sound of a delicious, satisfying meal was a stake high enough to make a grown man cry.So. . . in the heat of a battle-going-nowhere. . a deal was struck between the tribes.Kalabaw agreed to forfeit if Tandang would agree to let them have the victory meal. In exchange, Kalabaw would give their bag of rice (the only food stable in their camp) to Tandang.You could just see the tribe member’s mouths watering as they silently prayed that Tandang’s members would agree to the terms. In minutes, for better or worse, the deal was struck and Kalabaw headed off to enjoy a banquet feast of delicacies while Tandang, stomachs aching, went to claim their extra bag of rice.Which tribe was better off?In the heat of the moment, victory seemed sweet for Kalabaw. Every tantalizing bite of the sandwiches, soup and sweet desserts must have felt like finding gold at the end of the rainbow for this brow beaten group. But after they pushed back from the table and took their final bite, they became pensive and thoughtful. You could see concern write itself like a dismal poem across their foreheads.What would happen when the digestive system did its job and their bodies were in need of more fuel? They had exchanged their long-term sustenance for short-term enjoyment.Emotions ran high.Worry crept in.Anxiety took it’s toll.I think Tandang took the better side of the deal. Granted, the temporary satisfaction of that momentary win would have been sweet, but the cost would have been high.How do I know, you ask?Cause I’ve made this trade before – not on the remote island of reality tv, but on the pathway of my real life – and I know from experience that this kind of trade only satisfies for a little while. . . .Every.Single.Time.Long-term assurance is sweeter than short-term enjoyment.What do you think?Priscilla