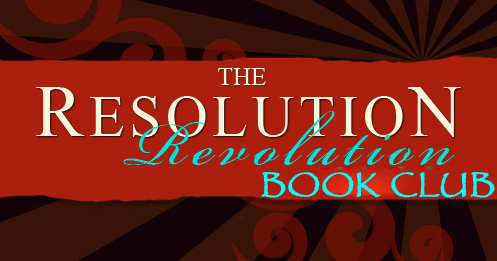 I hope that you are enjoying your reading of the section entitled “Authentically You”. I’ve gotta admit, reading through it again has been eye opening for me; especially in the very first chapter (entitled Happy To Be You) where there is a challenge given to record the uniqueness that other people see in you.

Seeing yourself clearly through the eyes of others is a privilege that relationships offer us. Self-perception is the often despised “gift” of friendship. It is sometimes one of the only near-certain ways to come face to face with our authentic selves.

Reminds me of an occurrence in December 2004 when one of my dear friends was having her 30th birthday, and she’d planned a party that I had every intention of attending. For some reason the celebration was canceled and I must admit, I breathed a small sigh of relief. The week leading up to her party was an extremely busy time. I was taping six sessions for a new Bible study project and had relatives flying in to stay in our home all in that week. I was tired and slightly relieved to have one less activity.

When our other close friend called to tell me that she had decided to just have a little get-together for the birthday girl in lieu of the cancellation, I decided to opt out and just call her the following week to schedule another, more personally convenient time to take her out for a nice lunch.

So, the Sunday following her impromptu “gathering” I saw her at church and could immediately tell something was wrong. I was shocked to find out that her problem . . . was me. Genuinely clueless as to what could be her concern, I asked her to be honest with me. She came unglued. Tears rolled down her cheeks as she told me how so often over our years of friendship she had felt as if it were one-sided—that she was willing to be inconvenienced for me but that I wasn’t willing to do the same. She gave specific examples of times when she felt I was self-indulgent and took our friendship for granted, not the least of which was her birthday party the night before.

I was stunned. I had no idea that she had felt this way for the majority of our friendship that spanned over two-decades. She loves me and knew that I was clueless and had no ill-intent, yet she was brutally honest. Her words jabbed the depths of my soul and cut deeply. Each of her tender rebukes gave me a piercing and shamefully accurate view of a part of myself I’d never noticed before. I immediately placed a call to our other girlfriend. Her sentiments confirmed that indeed I had some work to do in the area of esteeming others more highly than myself. She, too, had felt similarly; that most of our twenty years together had been more about me and less about her.

I scolded them for taking so long to tell me the truth and then told them that I was determined to be a better friend. If they felt the first twenty years had been about me, these next twenty would be about them. It was now my turn to be the type of friend that each of them deserved. A little wounded, yet humbled and newly determined, I sought not to be defensive about their estimation – dismissing it and arguing their point –  but to receive it and utilize it to help shape me into the woman I want to become; the kind of friend I want to be.

What about you? Have you been surprised to find out something about yourself this week? Has it been a good thing – maybe that others think you are creative or sharp-witted or bring a waft of energy and excitement into every room you enter? Or have you discovered, like I did, that there is something about you that you are less thrilled to uncover – that you are a bit self-centered or opportunistic or have a sharp tongue that stings others?

Let’s talk about it today.

It’s always a risky yet interesting endeavor to go on a quest to discover your authentic self. Be encouraged friend. Keep on digging and discovering. And when you uncover something -whether good or not so much – don’t dismiss it, just receive it and then move forward accordingly.

PS . . On another note: have you gone to see the movie “Courageous” yet? What did you think?