One in a Million

After a little over two years of studying and writing, One In A Million: Journey to Your Promised Land was released into bookstores this week. Whew! It feels like carrying a baby for 9 months and then finally having it in your arms; exciting and exhausting all at the same time. In any case, I am praying that the message will be a blessing to Christians who are tired of sitting on the pews, Sunday after Sunday, and not experiencing what they have learned so much about. 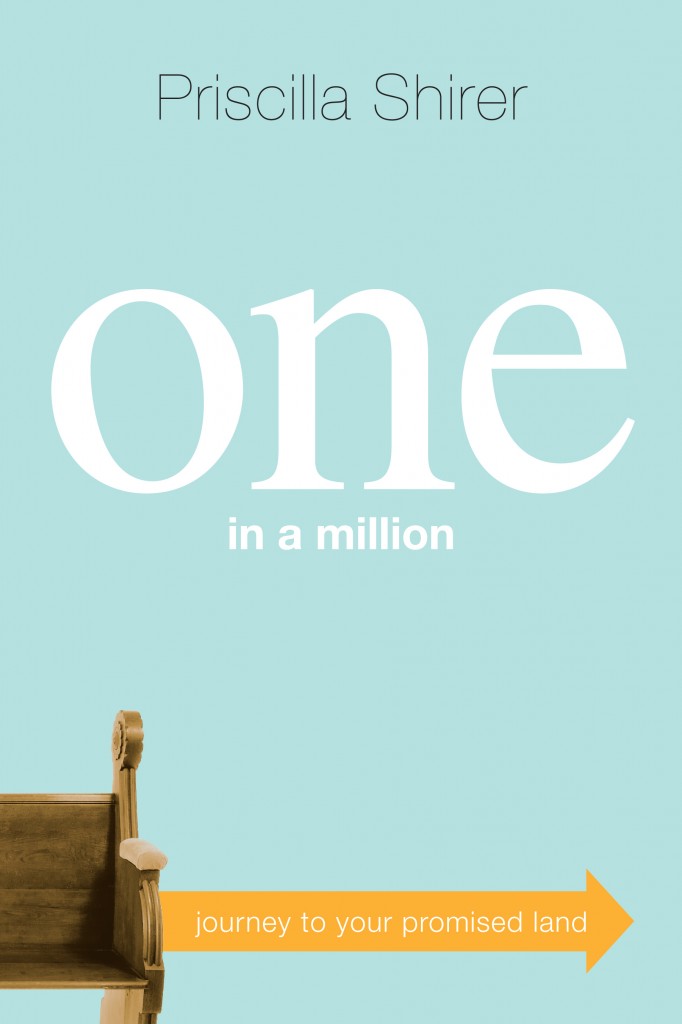 The book follows the story of the Israelites who left Egypt with the promise of Canaan. All they had to do was obey Yahweh and believe that He would accomplish what He said that He would, and they’d be allowed to walk on Promised Land soil. Yet, a quick glance within the depths of the tent-lined camps would leave you disappointed as you realize that few had a radical faith and

But there was one. In fact, there were two. And only two.

Listen to that startling ratio again: Of the approximately two million adult pilgrims who left Egypt with the promise of Canaan, only Joshua and Caleb believed God to give them what he’d promised, and would actually step foot into the Promised Land.

That’s one in a million.

Why is it so hard to find believers who actually believe? Why is it so difficult to come across Christians who are living the life of abundance offered to every believer (John 10:10) – people who hear His voice, experience His power and are acquainted with His manifest presence. It’s easy to simply attend church and listen to Christian radio but really taking God at His word, anticipating His miracles, walking in faith and expecting an infiltration of His power; now that’s a different story.

I’ve decided that if there are only going to be a handful of Christians who really encounter God, who actually experience the abundant “promised land life” He has come to give, then I want to be one of those few. You too?

In the pages of this book, we traverse spiritual territory that will cover mountain peaks and deep valleys, grassy knolls and barren sand dunes, but I think the journey is worth it. With the turn of each page we round another corner and new horizons. What we’ll meet around one bend will bring a smile to the depths of our souls while others will create a sting of conviction that will send us straight to our knees. Either way, the prize of abundant living will make the trip well worth it. So, buckle up and grab a venti size latte. You are in for the ride of your life.

I’d love to give away 10 copies today. We’ll randomly draw names from everyone who leaves a comment. In 1-2 sentences, tell us who is a “One in a Million” Christian in your life and why they are. We can’t wait to be encouraged by the story of the person whose walk with God encourages you to live fully and completely for Him.

Have a great day,