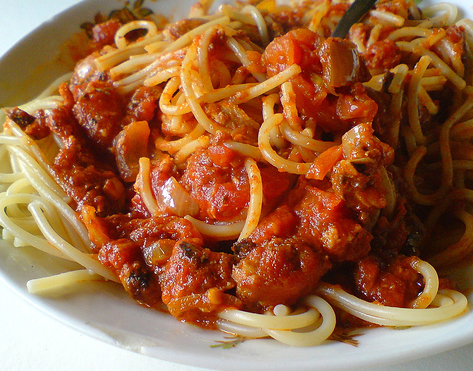 Have you ever heard of the terms “spaghetti” and “waffles” when people are comparing the difference between men and women? I had never heard this comparison until today when it came up in our staff meeting. And then, this same topic was discussed over the dinner table this evening with Jerry and Priscilla.

Basically, women (as a whole) are like spaghetti in the sense that everything in their life runs together. If they had a bad morning getting the kids ready for school and it was a really stressful time that left them very frustrated, it has a big potential to effect them as they go about their day. Or, if they had an argument with their spouse before leaving for work, chances are that they will be unable to completely focus at work due to the unresolved issue at home.

Men, on the other hand, are generally like waffles in the sense that their lives are composed of different boxes. They are able to compartmentalize their lives. So, for example, if they have an argument with their wife before leaving work, chances are that they can brush that off and focus on work, and then return to the issue when they get home that evening, or most likely three days later after they have had time to think and process =)

I am the type of girl who, my whole life, has totally been unable to relate to female books. Books on relationships, how females operate, etc. have been boring and seemed to be unbeneficial for me. I would try to read the same book 3 different times at 3 totally different stages in life, and I still didn’t enjoy them. I just can’t get into them.

For the longest time I have felt strange about this, and really frustrated that there weren’t female books out there for “me”. . . .

I have come to the realization that I AM A WAFFLE! Yep, that’s right. I am 100% the female that can totally compartmentalize her life; and you know, again, that I am speaking in generalizations.

But I’ve got to tell you that this idea has made me free and changed my perspective on a few things. All this time I’ve been thinking that there has been something wrong with me, when in reality it is just how God has created me to be! I ought to stop wishing that I was any other way and thank God that He created me just as I am so that I can serve this ministry well that He has so graciously allowed me to be a part of and love my family and friends as best as I know how because of who I am in Christ.

I mean… seriously, wouldn’t you prefer a waffle over spaghetti anyway?? Just kidding =) (actually, I would much rather chose spaghetti over a waffle I think)

Anyway, I think you get my point, though. And I wonder if there might be some others out there who can relate to me on this subject?

So what about you? Are you the spaghetti like Priscilla and the other girls at the office, or are you like me, the waffle, with a little different perspecitve? Both are equally good and valuable to our families and friends. It’s just important to know how you are wired and what makes you . . . YOU!

Looking forward to hearing from you.

and p.s. dont forget about the LIVE WEBCAST TODAY at 10:00am CST! livestream.com/goingbeyondministries 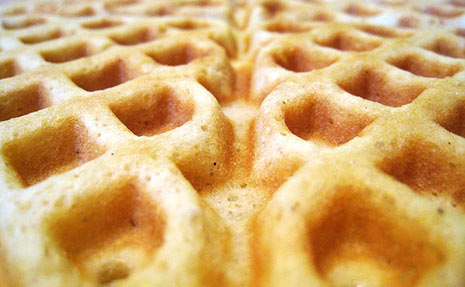