I walk fast. Always have. A bystander would see me scurry by and conclude I was in a rush to some place very important. I even talk fast at times. The words swirl through my head at lightning speed so by the time they pass my lips, they tend to come out in one big heaping pile. I pray this swiftness of mine would burn more calories but only one can hope!

So, I’m learning to slow it down. You know, patience.

I was in the checkout line at the grocery store the other day and there were two customers in front of me. One was finishing up her purchase and another waiting to have his items scanned. I sized him up. I’ll admit it. I thought to myself, he’s probably paying with check or card. He looks like he’ll take a while. I scanned the other lanes and notice the line next to me only had one gentleman with two items. Jackpot. I’ll just scoot on over to his lane.

I calculated how much time I would save and estimated it to be “really quick”. That was reasonable time. After his two items were scanned, all that was left was a swipe of his card and he would be on his way.

“Oh sorry, can you cancel that? I used the wrong card.” He swiped a second card. “Oh hmmmm, am I able to get cash back with that?” He then debated with hesitation the amount of cash he wanted back.

Meanwhile, I heard the lady in the other line thank the cashier for her change as she quickly moved towards the exit with her shopping bags in tow. I would’ve been the next person in line. The gentleman in front of me with the two items was still fumbling with completing his transaction.

Eavesdropping on the happenings of the lane next to me, I heard the cashier greet the next person in line . . . the person who would have been me. “Hi, did you find everything okay?” I would have exclaimed, “YES, why yes, I did find everything okay! Thank you for asking on this beautiful and glorious day!” That would be if, and only if, I had just stayed put. By the time the gentleman in front of me finish his order two customers in the previous line completed their purchase and were on their merry way. At that point, I could only laugh at myself. 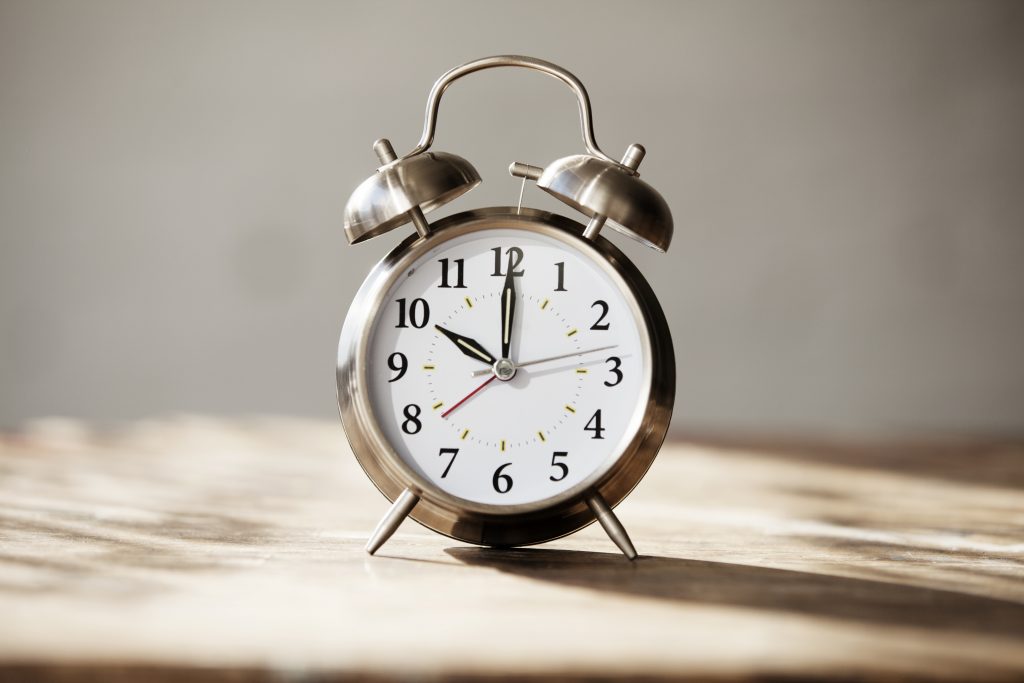 What exactly is the big hurry?

Picture your ride home. It’s been a long day, you’re thinking of home but you’re stuck in traffic. Cars on all four sides. We’ve all been there where we’re moving at a snail pace only to notice the lane next to us has picked up speed. Granted, it may be the speed of a turtle . . . but it’s not that of a snail! (Sorry, snail.) You seize the first free opportunity you have to join that lane only to see the lane you just left, picks up speed. And now you’re furthering behind then when you started.

It has happened to all of us.

These instances I find myself in – frustrated, irritated, at my wit’s end – and the fixes that I try to pacify them with, remind me of the need to slow it down. Have some patience. What exactly is the big hurry? When I look for my own escape route and my Band-Aid fixes, it just adds more time to the process.

It had me thinking, what seasons am I trying to hurry through? What “fixes” have I tried to apply that seem to just add more time and frustration to the journey?

The Lord knows exactly where you are. He sees the big picture and has found it fit to allow you to be in your particular season for however long. It may be tough. It may be uncomfortable. It may be painfully long. But only for a season.

Learn from it. Glean from it. Persevere in it. Grow from it. Ask the Lord to show you what it is He wants you to see in it even though it’s one you’d rather not be in. Listen and be attentive to His direction. Don’t look to the left or to the right. Don’t envy the season of another.