Some of you might be familiar with Flash, my stray donkey who showed up….and never left.  He’s the lovesick dude that Priscilla and I tried to pull home in the story featured in the “Anointed, Transformed, Redeemed” Bible study. 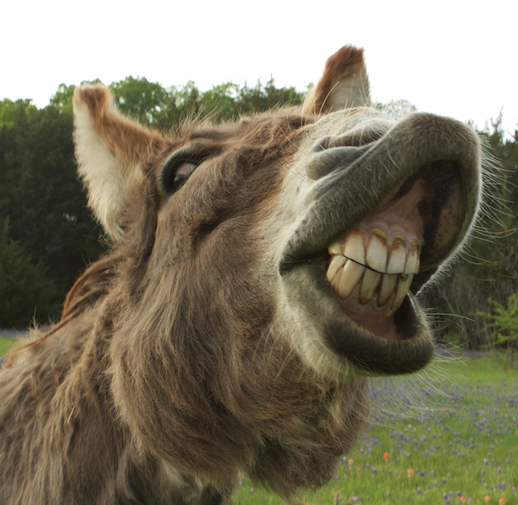 See, we’d only meant to keep Flash overnight, or at least until we could find his rightful owners.  And now, three years later, we consider him permanent yard art in our pasture.  He meanders from the north woods to the open fields, and entertains himself by flirting with the fancy mares (and trash-talking at the stallions) on the other side of the fence.  Oh, he makes a great conversation piece, because there is never a dull moment with him around.

I was scratching Flash’s long ears and looking at those soft brown eyes the other day, and thinking about the donkey that Mary might have ridden on as she and Joseph made their way to Bethlehem.  The Bible doesn’t say whether or not she actually rode one, but if her sciatic nerve was anything like mine, I’d guess that she was more than happy to climb up on a sturdy little guy for the trek.

Even so, it couldn’t have been a fun ride.

Donkeys have very boney backs.  They have a short, choppy gait.  They walk like they have no idea where they are going.  They balk.  They’re stubborn. They think they are smarter than people.

But donkeys ARE loyal and hard-working.  Well, Flash is…loyal.  I haven’t seen him do a decent day’s work since he’s been here so I can’t attest to his personal work ethic.

Yet somehow I think Mary’s donkey knew he had been singled out for a very special job.  As he picked his way along the rough path and kept his nose close to Joseph’s side, he must have known that this was no ordinary journey.  The very God of the universe was resting in a young girl’s womb – in the form of a baby whose arrival was imminent. And it was HIS job to safely ferry that mama and her baby to their destination.  It was to be the culmination of prophecy and promise: mercy and grace for a sinful world, to be wrapped in a woven blanket and placed in a manger. Now, THAT’S a load to shoulder.

As I look at the preposterous donkey in my pasture, I’m reminded that Jesus made another trip on a donkey…this time into Jerusalem, where he was hailed as King before his crucifixion.  Again, it was a lowly beast of burden who carried the king of Kings on a mission of mercy and grace: the redemption of mankind through His death and resurrection.  That young colt gave the ride of his life that day.

One donkey carried the King to His birth, another carried Him to His death.

Aw, Flash.  If only you knew the honor that was bestowed on your kind.  The world sees you as a clumsy, laughable cousin to the sophisticated horse, but you were chosen to carry the Promised One, the Messiah who came to save the world.  How like God to use the lowly to confound the “wise,” and the humblest of creatures to magnify His glory.

I’ll never think of you in the same way again. 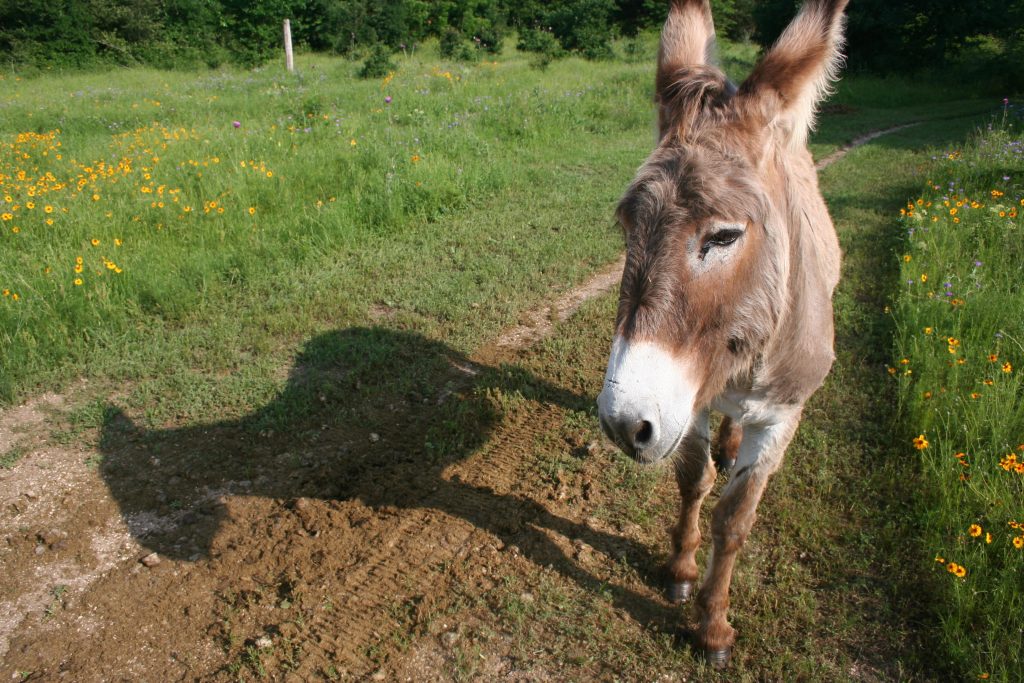