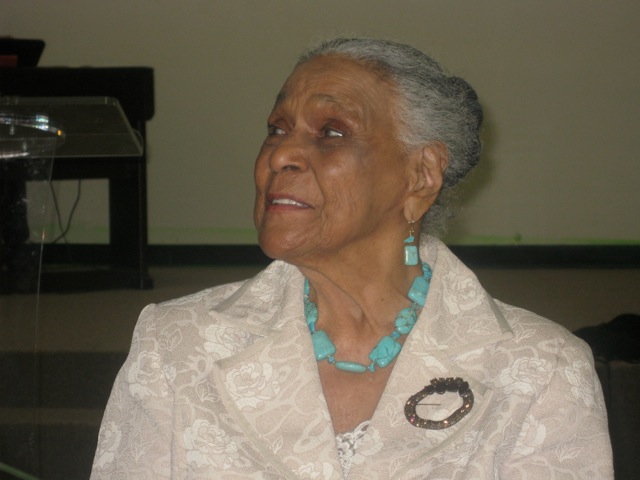 Last week, my grandmother traveled with me from the US to London. She is 93 and as energetic as ever. She enjoys traveling and experiencing everything that life has to offer. So, when the opportunity came to leave the States and head over to the land of the British, she jumped on board. Since one of her daughters has made London her home for the past 40 years, Grandma has taken full opportunity of coming to stay with her as much as possible.

So, we boarded the 9-hour flight and were met at the London airport by my Aunt Ruth, who swooped in to pick up her mom and treat her to 6 weeks in England – a place that my Grandmother loves as much for its history as for its penchant for good tea.While I ministered at the HIllsong conference, Grandma and Aunt Ruth came to as many of the sessions as they could. They sat close enough that I could reach back at odd times during the event and grab my precious grandmother’s hand, rubbing her wrinkled and soft Guyanese skin. When I took the platform to speak on the first night of the event, I felt at ease in front of the 10,000 who had gathered, partly because my family was so near. Their presence offered much needed encouragement.And after it was all over and the crowd began to dissipate behind the arena seats and in the concourse hallways, I sat with my Grandmother back stage. A bit sweaty and tired from the hour I’d spent on the platform, I sat next to this faithful aged woman who’d been there from the moment I was born until now. She looked at me and said in her thick South American accent, “I did the job.”Not knowing for sure what she meant, I gave her a quizzical look. “What do you mean, Grandma?”

She responded, “I must have done ok with your mom, aunts and uncles. And I guess I’ve done ok with you and my other grandchildren. Now, I’ll keep praying for all of my great-grandkids. They are next on my prayer list.”With that, she patted my cheek, grabbed her coat and headed out the door.How refreshing it must feel to be nearing the century mark in your years and look back on a life without major regrets; a life that is bearing the fruit of seeds that you labored hard to plant. I hope to utter those same words when I’m in my 9th decade.Thank you Grandma. You did the job. In fact, you did it well. .. and I’m the better for it.