I have and will always be a daddy’s girl to the core. My daddy is my heart beat. Not only do I love him because he’s my dad, but I respect him. He is a man of integrity. A man that provides for his family….not just financially, but emotionally and spiritually. I truly love and honor him. What prompted this post was, I was reminded of a time when I was in my first year of undergrad and I was working full-time and going to school full-time and I couldn’t seem to keep enough money in my account. I just had moved out of my parent’s house and I was determined to prove to them that I could do it all on my own….but honestly I was tanking. I remember one particular morning I viewed my account online and I was in the negative. To get out of this dilemma, all I had to do was pick up the phone and simply ask for help, but I didn’t. Instead I chose to worry the entire day about what he was going to say and how angry he was going to be with me for being in this situation for the umpteenth time. Around noon that day I checked my account again (to make sure I hadn’t received any more overdraft  fees) and I noticed I wasn’t in the red anymore. I immediately called the bank to make sure this wasn’t a mistake and they told me that a deposit had been made into my account. Long story short, my sweet little daddy perceived that I had a need and he met it. Without any questions asked.

I wish I could tell you that I was never in that situation again. However, I was. But this time was different because the faithfulness and the compassion that my daddy showed to me during the last instance, gave me confidence that I could approach him directly this time and simply ask for what I needed. So I did just that. I called him up and he knew from the sound of my voice (before I even parted my lips to ask) exactly what I needed and he lovingly said, “Pooh, how much do you need?” After hanging up the phone with him I continued on with my day and about 2 days later I realized that I had been swiping my debit card repeatedly, but I never checked my account to see if he had deposited the money in there. Who does that?! After hanging up the phone with him, my faith immediately kicked it and it didn’t take me seeing the money in my account to believe that it was there. I had total and complete trust that he was going to do exactly what he said and that the amount deposited would be more than enough.

After the Lord reminded me of those instances, He lead me to Matthew 7:9-11, “What man among you, if his son asks him for bread, will give him a stone? Or if he asks for a fish, will give him a snake? If you then, who are evil, know how to give good gifts to your children, how much more will your Father in heaven give good gifts to those who ask Him”.

At times we are operating in a state of deficiency, and because that state is sometimes self induced, we run and hide from the Lord and we attempt to rectify the situation on our own. But, the Lord is familiar with all of our ways (Psalm 139:3). He sees from afar when we are in trouble and as Father, He deeply desires to meet the needs of His children. Psalm 9:10 says, “Those who know your name will trust in you, for you, Lord, have NEVER forsaken those who seek you”.

In whatever situation you are facing, will you trust Him wholeheartedly today?

P.S I just could not resist showing y’all a picture of me and my twin…isn’t he the cutest:) 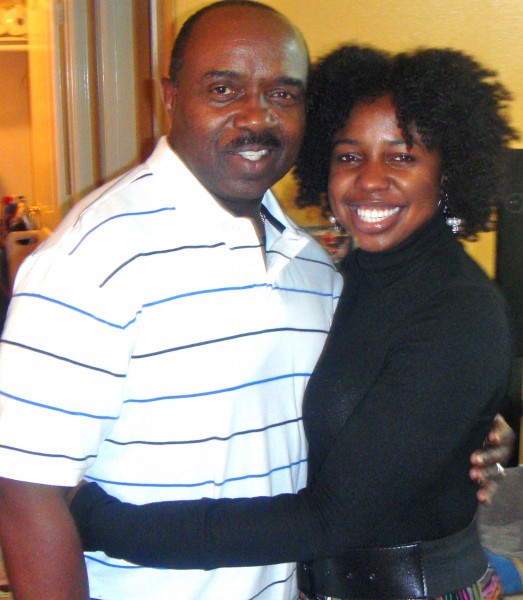