My first job was at Baskin Robbins ice cream shop. I was fourteen and thrilled to be earning a minimum wage paycheck. I have many vivid memories from the year I spent behind that counter because, well, who wouldn’t remember the details of being surrounded by dozens of ice cream flavors three to four times a week? I can indeed confirm that there are thirty-one indulgences – even more if you count the ones you can invent by stirring multiple flavors together.

Don’t ask me how I know.

I gained a lot of knowledge while I worked there. Principles about teamwork, timeliness, and multi-tasking that still shape my work ethic to this day. But knowledge is not all I acquired on that job. I also walked away with extra pounds – about thirty-one of them to match each flavor. For every day worked, employees were allowed one scoop on a cone or in a cup if they preferred. Why anyone would choose a cup instead of a buttery waffle cone, where you could suck the last drippings of cream right out of that bottom tip, is beyond me. I took full advantage of both the scoop and the cone, as did most of the other teenagers who worked there.

The day I was hired, I decided never to let a work day pass without enjoying a scoop of my favorite flavor – which has always been Cookies and Cream. I’d watch those last few minutes of my shift tick by at a snail’s pace, and then take off my pink apron and cone-shaped company cap as soon as the long hand struck twelve. Then, I’d roll up an oversized ball of my preferred chilled dessert into the hollow of a scooper and balance it meticulously while walking over to the waffle cone holder. I’d pick the freshest one available and settle the scoop firmly inside. I was always smiling ear to ear as I made my way through the mall and out toward the parking lot – purse in one hand, ice cream in the other. 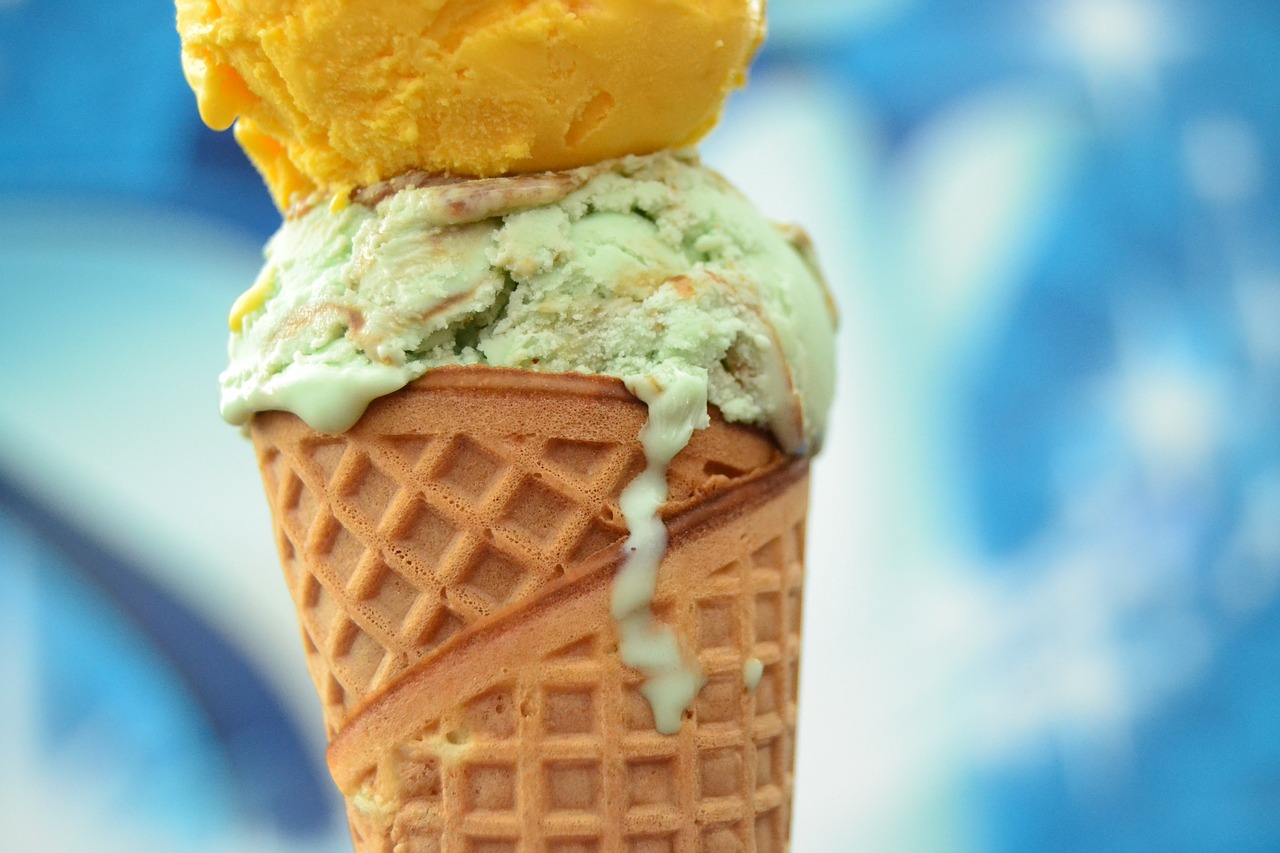 But as a part of my job, I had to become acquainted with all thirty-one flavors. Not only did I need to know their names, I also needed to have a little knowledge about their recipe – just in case someone was curious if a particular one had coconut or berries or marshmallows or something else that they might have an aversion to. I wanted to be an employee worth keeping so I studied up and became as informed as possible about each one. When a new flavor was introduced into the venerated sanctuary of the BR freezers, I studied up on that one, too, just to make sure I had it down pat.

I knew a lot about them. I just didn’t taste them.

Other people did, though. Every now and then, someone would ask for a sample. In which case, I’d pull out a tiny pink spoon about the size of my pinky finger and dip into the flavor the customer wanted to investigate. Then, they’d taste it. Sometimes their brow would furrow because they disliked it as much as they thought they would. But other times, they’d smack their lips and their eyes would light up in surprise and delight. They were shocked at how much they enjoyed it and glad they took the risk to try it. They wanted more.

Watch enough people enjoy things they never thought they would or could, and it’s liable to rub off on you. The fact is, delight is contagious. And when people around you experience it – no matter what the reason – you’ll tend to want to taste a little bit of whatever they’re having.

So, I started trying new flavors too – the ones that I saw most usually delight my costumers that day. I’d grab one of those tiny pink spoons, dip it in a bucket of goodness and gather some up for myself. I’d never desired those flavors before, but I could no longer resist at least trying them because of the satisfaction I’d seen them bring to so many people on the other side of the counter. I was delighted by what I tasted – surprised that there were so many delicious options outside the carefully contoured box of my own personal experience and taste buds. I started taking new flavors home – like Rocky Road, Strawberry Cheesecake and Daiquiri Ice.

Jesus wants to expose us to something new – opportunities and potential beyond our limited experiences. TWEET

Neither being surrounded by all those flavors nor having intimate knowledge of their ingredients enticed me to get a pink spoon of my own. It was the delight in a customer’s face, the light that shimmered off of their widened eyes, the wonder that only comes from the risk of trying something new, that beckoned me to go further and open myself up to more possibilities. Another person’s experience was the only thing strong enough, compelling enough, moving enough, to convince me to put the Cookies and Cream down. . .and try another flavor.

Following God is filled with more flavors than you or I can count. The joy-filled experiences of a faith-filled adventure to destiny is beyond that which most of us can imagine, or sadly, that which most of us will allow ourselves the thrill of knowing. Because, well, I’ve got my flavor and you’ve got yours, right? We tend to stick to what we know. The rigid, contoured boxes of safety, commonality, personal preferences and comfort keep our tastes small and narrow. We’re satisfied with the regular, the mundane, the typical, the everyday.

Nothing wrong with your or my one favorite flavor, but there are more – endless possibilities displayed and offered underneath the counter of true Christianity. Delightful surprises are available for any person willing to taste something different, willing to move beyond what they’ve always done, or what they’re most used to seeing others do. Those flavors are reserved for the ones willing to go there and do that and yes, risk the possibility of missteps that will always accompany any walk of radical faith.

I think this was at least in part what Jesus demonstrated when he saw two brothers fishing on the Sea of Galilee one day. They were casting out their net to do what they’d always done: catch fish. Nothing wrong with that flavor. But Jesus wanted to expose them to something new – an opportunity and potential beyond their limited experience. So, he invited them to join him on an adventure that would require them to first, leave behind the old, and second, trust him enough to step into a whole new world of possibility – an opportunity that would ultimately change the trajectory of the whole world, in fact. 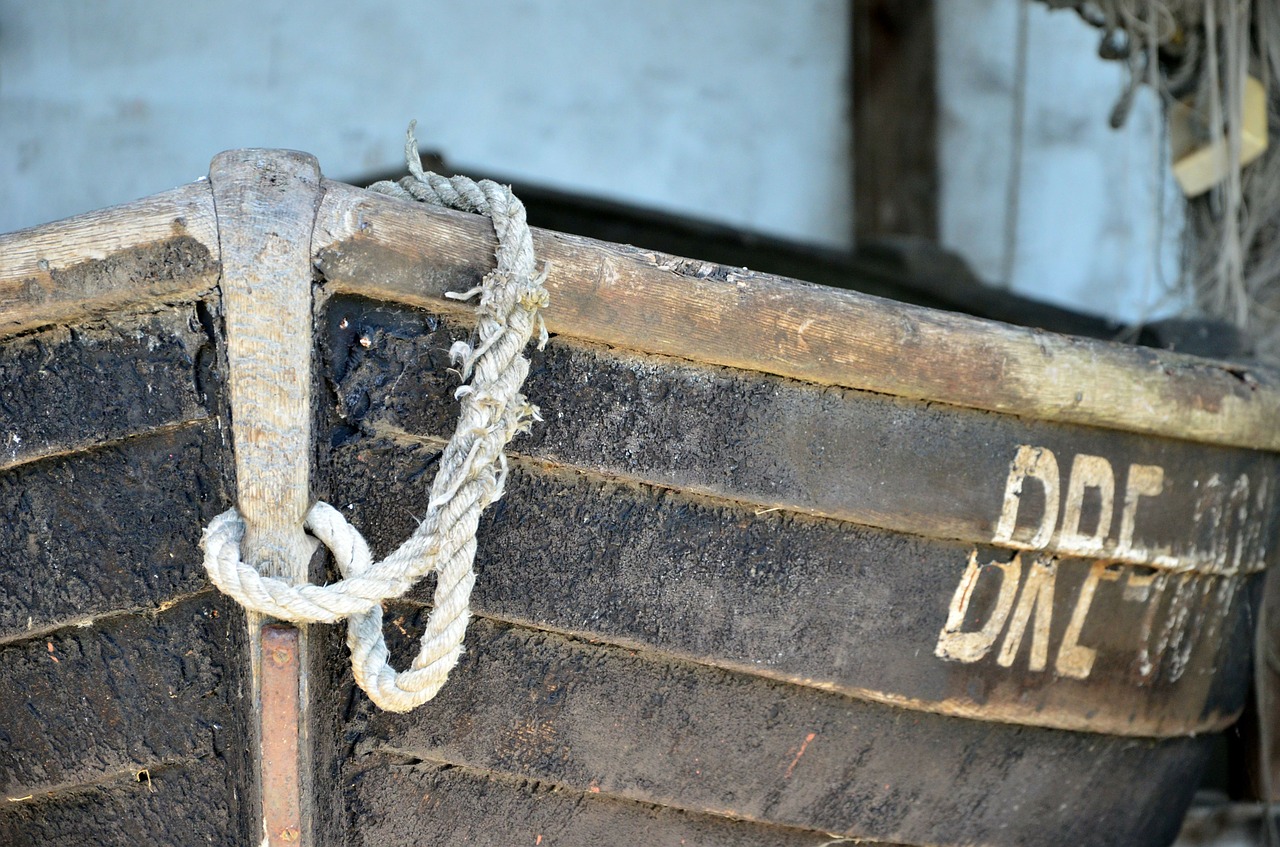 Jesus is still doing this – offering exciting invitations to us every day. Giving us a chance to upgrade our palate – to enjoy all the flavors of grace and goodness we want. The question is: Will we just study it? Or will we accept the invitation, dig in and taste it?

This brand of bold, audacious Christianity is very rarely inspired through study and investigation, bumper sticker symbols or nifty catch phrases. Most of the time it is initiated in one heart that recognizes it in another. Then it grows after seeing someone else’s face light up and hearing someone else’s heart beat faster because they’ve been surprised by the abundance they encountered when they threw caution to the wind and, at His bidding, tried another flavor.

I have had the great privilege of becoming acquainted with a few folks who were willing to sample different options beyond their particular brand of comfort. A few captivating people who dropped their nets and ran off with the Lord on mind-bending adventures. With great honor to the boundaries set by God’s own Word, they refused to let fear or man-made limits (even the ones they’d unknowingly created for themselves) keep them restricted and uninspired. The motivation I’ve received from them has numbered among some of the greatest gifts of my life. Watching them taste a life of faith-filled flavors has been contagious, creating in me a deep well of holy anticipation that has made me want a little bit of what they’re having.

No amount of Bible study and investigation can compensate for the impact of plain ol’, flat out living proof. This is what makes others decide to taste and see for themselves. This is what causes them to change the typical for the extraordinary journey of faith that they were really created for.

It certainly worked for me. Hoping to pass it on to others every chance I get.

I had at least one scoop of all thirty-one of those Baskin Robbins’ flavors before I moved on to my next job.