Home » Jewelry Box » Do the Next Thing

“It had been revealed to Simeon by the Holy Spirit that he would not die before he had seen the Lord’s Christ. Moved by the Spirit, he went into the temple courts . . . [and Joseph and Mary] brought in the child Jesus . . .
(Luke 2:26–27, NIV84)

Jerry and I were at odds.

The unspoken tension seethed like violent fumes between us. Marital frustration and discord oozed out of our pores, polluting the stressed, bottled air in the car. We were on our way to the airport for the umpteenth time that month. Pure exhaustion coupled with a communication mix-up regarding our schedule had pushed us over the edge. We parked the car and hustled through the lot stiffly – our hard suitcases rolling beside us like a reflection of our inflexible hearts. We stopped at the front desk to check our luggage and get our gate assignment and tickets. Then we joined the cue to file through the security checkpoint. We moved forward – me behind him – one angry step at a time.

The tension zings between us like electricity on a live wire.

My eyes are boring a hole in the back of his neck.

He asks me curtly to pass him my license so he can hand it to the TSA agent.

I thrust it to him sharply, being sure not to let my hand graze his.

Finally, like two toddlers in full-blown tantrum, we shuffled our feet toward the agent and smiled. Jerry handed him both our tickets and licenses but instead of studying the documents, the man studied us. I shifted from one foot to the other under his awkward and invasive scrutiny. My gaze slid downward. White nametag: Agent Banks. Plain, aged wedding band with more than a few scratches on his left hand. I looked back up again hoping to evade his glare. Silver streaked hair flopping down near his eyes.

They were still looking at me – at us – with a kind but concerning gaze. I smiled bigger and then glanced over at Jerry for the first time since we’d woken up that morning, wondering if he was feeling the same oddness.

The agent held our belongings for a few seconds more, smiled broadly and then said: The actions of love often precede the feelings of love. So whenever you are feeling a bit low on love . . . take action. The feelings will follow. The Lord loves you. Now, love each other. Have a great flight you two! 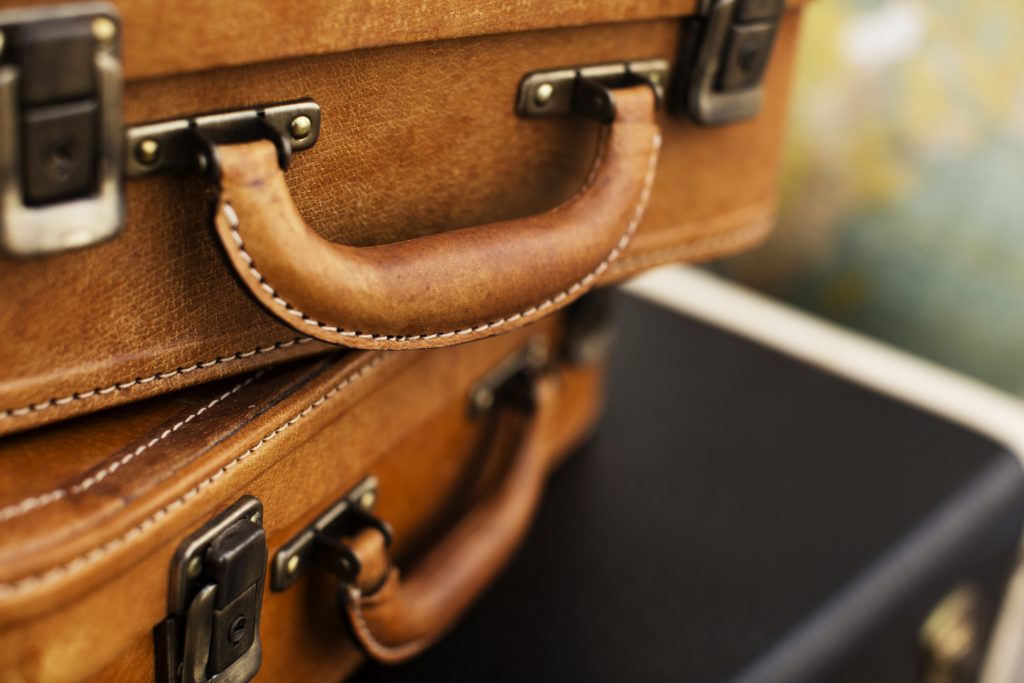 We were stunned as he handed our belongings back to us and looked toward the next people in line. Both of us knew beyond any doubt that this had been a divine intersection – a holy meeting preplanned by God Himself outworked through an obedient servant named Mr. Banks.

Divine intersections. They happen, you know. You’re just going about your business doing the next thing and BAM! God appears to you – soothing you, comforting you or convicting you through the words or obedient actions of one of His yielded children. Or better yet, you get the privilege of being God’s vessel. On this side of the experience, you get to become the miracle and watch Him bring His hope to someone else through you.

Let Mary and Joseph tell you all about it.

There was nothing specifically Spirit-led or inspired by their attendance at the temple that day. Unlike Simeon, Joseph and Mary arrived out of ceremonial duty. Their visit was according to the law of Moses. It was a requirement. They’d been compelled by custom and rote to make the inconvenient, laborious nearly week long trek to the temple in Jerusalem just forty days after giving birth. There was nothing easy or convenient about their commitment and yet, in obedience, they came. Neither of these submitted souls could have known that they were aligned to be the answer to some guy’s lifelong prayer. This beautiful and holy intersection was made possible because they were simply willing to do the next thing.

They just did what they were supposed to do. They brought the child in.

And then, there was Simeon. He had been living on a dream for a long time, waiting to see the tangible presence of God. He’d been promised that it would happen but days had rolled into weeks that had dovetailed into months melting into long, laborious years. Despite the wait, he was still on high alert – “looking” (vs25) with anticipation for the day when he’d behold the Messiah. And on this day, compelled by God’s Spirit, he came into the temple and ran right smack dab into the man of his dreams.

The Messiah . . . in the flesh of an infant . . . brought into the temple by a couple who were simply doing the next thing.

Joseph and Mary could have never imagined that they were a part of the Holy Spirit’s plan to bring the presence of God to a specific person with a specific promise waiting to be fulfilled on this specific day. No, this couple was just doing the next dutiful thing. The thing they were supposed to do.

Plain and simple, flat-footed mundane fulfillment of duty is often what aligns us to give Jesus to people. It’s what puts us in position to become His hands and feet, expressing His love in practical, tangible and surprising ways to those who, like Simeon, have been looking. Hoping. Waiting. For days, weeks, months and long sobering years.

Fulfillment of duty is often what aligns us to give Jesus to people. It’s what puts us in position to become His hands and feet, expressing His love in practical, tangible and surprising ways to those who have been looking. Hoping. Waiting.TWEET

Of course, this does not minimize the Spirit’s inspirational work. The Holy Spirit’s fingerprints were all over Simeon’s encounter with the baby Jesus that day. Without His influence, Simeon’s eyes wouldn’t have been opened to recognize Him, his heart wouldn’t have been sensitized to receive Him and, even more, he may not have even been in the temple that day. Oh yes, God’s Spirit was critical to this divine intersection. But still, this encounter required a couple who was willing to fulfill Jewish requirements and bring their new baby to Jerusalem in the first place. Simple obedience was necessary too. Divine intersections require both elements working symbiotically. It’s erroneous to accentuate one experience while devaluing the other.

Most days, while we are waiting on the goose bumps of Holy Spirit inspiration, we tend to neglect the tasks that are in front of us – the ones that are already in our hands to do. And these are the tasks the Holy Spirit will use to position us for the divine intersections and the holy interactions we crave.

Today, at any given moment you’ll find yourself on either side of this spectrum – sensing the Spirit saying “Go” or simply seeing the next thing on your calendar and knowing that you must. In either case, “Do everything as unto the Lord” (Col 3:23) because this could be the day when simple obedience will lead you to encounter your Simeon.

And listen, he’s been waiting a lifetime to meet the Jesus in you.