When I’m behind the wheel of my car I’m usually engaged, sharply attuned to where I’m headed, aware of my surroundings and dialed in to the instruments in my hands. But other times, my mind wanders. I’m thinking about happenings from earlier in the day, looking forward to tomorrow’s events or simply enjoying the ride. Whatever the reasons, my thoughts aren’t zeroed in to the road that lies ahead of me. I’m in . . .

I usually find myself in this state of consciousness when I’m on a route that I take regularly. Like everyday. When I roll into the lot of my kids’ school, the Starbucks drive thru or the neighborhood Walmart, I snap back to clear thought and realize that I can’t remember much about the ride itself. The only memories that remain are hazy hints of the song I was humming on the way or the juicy phone call conversation (hands-free, mind you) I engaged in. Somehow, I missed the whole drive.

That’s how I ended up in the HOV lane one bright Saturday afternoon as I was headed back home to the southern suburbs of downtown Dallas. The problem was that there wasn’t another soul in the car with me. It was just me – alone in a lane reserved for carpools. That’s what happens when you are on autopilot – you end up going down roads you never intended to. 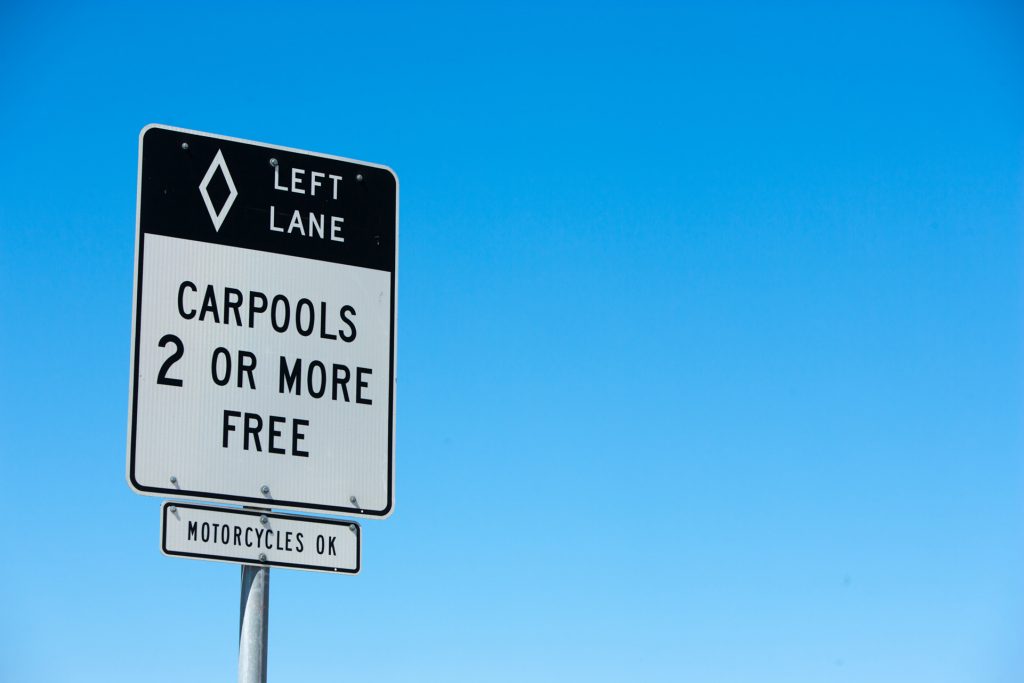 Traffic had been lite as I sailed along I-35 South. My windows were cracked and the cool fall air whipped across my forehead. I’d melted into a pool of mindlessness as the satellite radio chirped my favorite songs. When I started to notice the traffic thickening slightly, I turned on my left blinker and shifted to the far left hand lane so that I could keep my pace and not be slowed by other drivers. I swerved over the dotted white road lines and settled into my new placement on the road. A concrete wall separated this far left lane from the opposite flow of traffic and it was only a few moments later when another one hemmed me in on the right. I didn’t even notice it for a while. I just kept driving, cozily and happily tucked into the lane, grinning smugly at all the mere-mortal drivers on the crowded highway lanes that I was sailing past. But then, the mental switch that had been dulled by habit, flicked back into full blaze. And that’s when I realized – I was in that lane.

And, so was the police officer.

I saw one crisp white sedan, with the telltale markings of law enforcement, from a distance and knew I was in trouble. Speeding past the police officer, all nonchalant and blasé about the whole ordeal, could work. It’d be risky but I wondered if maybe he’d had a busy day and might be too tired to notice me. My heart picked up pace as I considered gunning the gas pedal and making a run for it but the dreaded thought of seeing those bright twirling lights in my review mirror won over my mental debate. So, I did the only thing that seemed like a reasonable option at the time.

I slowed down, pulled over on to the shoulder and brought my car to a rolling stop behind the police officer’s car. I decided that it felt better to catch myself rather than be caught.

See, there are times when we know good and well what we are getting ourselves into – like that time we went on that date, withheld the whole truth or harbored a resentment that we should have released. We knew what the end result of that misguided action would be. But, sometimes – many times – autopilot is to blame. We were carelessly engaging in the tasks of every day life, disengaged emotionally or mentally. Then, one day, we snap back to attention and realize that we are horribly off course. Riding in a lane (relationally, emotionally, behaviorally) that is not for us. We are on a collision course with consequences that are going to cost us dearly.

What’s a girl to do when she finds herself in the wrong place, or with the wrong people, or positioned in grip of questionable behavior or attitudes that she’s mortified to claim as her own? Should she just act indifferent and detached, ignoring the reality of the situation and race onward in full speed hoping that things will turn out ok? Maybe she could blame others for where she’s ended up and point a finger at another for the choices that were ultimately her own. Or maybe, the better option is that she can slow down and catch herself before she has to be caught in a much more dramatic, hurtful (and often embarrassing) way.

Check your position. Are you in a place, in relationship with people or participating in any habitual behaviors, thought patterns or nursing any attitudes that are so far off course you can barely believe it? You can’t pinpoint for the life of you when you veered into that lane and you never intended to . . . but here you are. And you feel walled in on every side, unable to see clearly how you are going to get out of this mess and change position.

I’m not here to judge you. Just to show you that there’s a tender-hearted officer pulled over beside you.

Don’t try to ignore Him. You can’t.

Don’t try to outrun Him. You can’t.

Don’t try to go unnoticed by Him. You won’t.

He already sees you. Always has. Because when you were on autopilot, He was still fully engaged in your story. He loves you too much to let you stay here, like this. He’s got your best interest in mind and wants you to get to the destination He has planned for your life safely.

He already sees you. Always has . . . He loves you too much to let you stay here. He’s got your best interest in mind and wants you to get to the destination He has planned for your life safely.TWEET

The red lights of the enemy’s condemnation aren’t flashing at you. Mocking you. Taking joy in shaming you. Instead, God Himself graciously sits here, saying sweetly:

I, even I, am the one who wipes out your transgressions for My own sake; And I will not remember your sins. – Isaiah 43:25 (NASB)

When I rolled up behind that officer that day, I watched with bated breath as his driver’s side door slowly opened. I rolled down my window as he approached and he asked me how he could help. When I explained to him that I’d shifted into this lane unintentionally and was sorry for being where I shouldn’t have been, his eyes softened and he asked me to stick my hand out of the window. He playfully slapped the back of it as a grin spread across his face. “Don’t do it again”, he said with a chuckle. “Now get out of this lane as fast as you can.” He tipped his hat like a sheriff from an old western film and walked away.

Relieved, I drove away looking for the nearest exit. Those 5-foot high walls on either side of the lane didn’t open up for another couple miles so the change in my path wasn’t immediate. It took time. But the kindness of that officer let me know that my opportunity for a new position was coming.

And, so is yours.

In fact, I’m pretty sure your exit is just up ahead.