My son held the narrow opening of the red, latex balloon to his lips. He filled his mouth with air till his cheeks expanded like Dizzy Gillespie’s, and then he blew. The balloon didn’t respond. It just hung there, limp and deflated. His eyes squinted from the strain.

He tried again – this time taking care to inhale with excessive diligence. His diaphragm expanded with oxygen as he pressed the neck of the balloon to his lips once again. It was impressive really, watching my little one work so hard at the task. He was adamant to get this tight, stiff, skinny tube to his full stretched and rounded potential.

He exhaled. Like a fire hydrant. And kept pushing the air out of his lungs till he coughed and wheezed from exhaustion. He panted and collapse into his chair in frustration, trying to catch his breath.

His breath. It was clearly insufficient for this task.

Which is why it seemed like an answer to my boy’s unspoken prayer when his father marched into the room, took the balloon from the young one’s drooping hand and prepared to get the job done. The father grabbed both ends with the tips of his fingers and then stretched it to five times its length. He held it in this elongated posture for just a moment before releasing it and doing it again, several times.

“The first breath is always the hardest son”, He said, “After that, it gets easier”.

Then. The Father. Blew his breath.

And his breath was enough. Enough to break the barrier and expand the impossible.

He contributed one or two more full, expansive breaths before doing something else. He took the half filled balloon from his lips, cinched it between two fingers to trap the air, then handed it back to our son.

“No”, answered his father, “I just got it started. You can take care of the rest.” 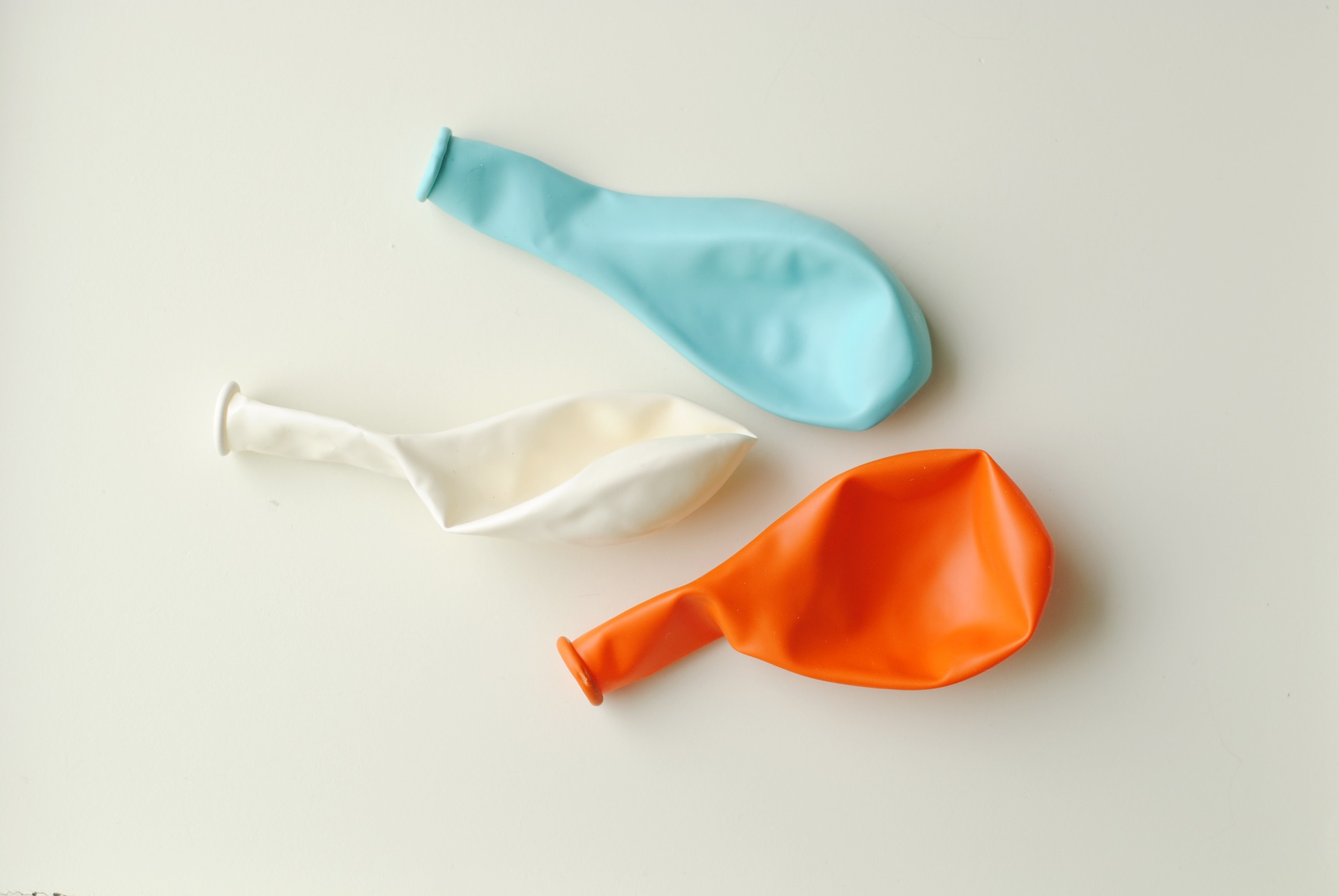 Indeed, he could. For now each pocket of air that our son pressed into the balloon had the desired effect, enhancing what his father had already begun. He blew. The balloon swelled. And swelled and swelled. His father and I watched our boy’s eyes brim with excitement over the crest of the ever-growing balloon. We smiled and so did he until he felt that he’d contributed enough. Until it was done. And then, wisely, he handed it back to his dad for sealing.

The father didn’t refuse it. He took it back from his boy, tied the knot. And completed the work.

My breath is not enough. And neither is yours.

The personal and professional tasks before us are too tightly wound for our paltry resources to effect lasting change. The full potential and eternal impact of our endeavors cannot be reached with our efforts alone.

Ask me how I know.

We inhale, filling ourselves full with all the resources that we are certain will make the difference. We’ll expand our connections and resumes and skills and money only to find that our goals still remain limp, deflated and unfulfilled. Empty. They mock us with their stale lifelessness. We know deep down that this was meant to become something more. So, we’ll try again and again and again. For some, an entire lifetime of effort will pass before we will collapse under the pressure of it all, seeing stars from the dizziness of the strain.

When will we learn to hand the thing over – to get it out of our hands and into His ever present and preserving ones. He’s the One whose breath not only gives life but is in itself the life that every aspect of our own lives is begging to receive. In one divinely inspired, holy infused breath, the endeavors most near and dear to our hearts will spring toward success.

He’ll start the thing. In the heavenlies. Up there where no demonic attack or stalemate can be effective. He’ll infuse it with the catalytic umph needed to get the ball rolling and the momentum flowing for us. We’ll gasp at seeing that the response that has taken us years and tears, will be accomplished in a moment. And the impetus toward our destiny will be in place, prepared by Him for us.

Then, He’ll hand it back to us, reminding us that we are enough, whispering to us declarations of our sufficiency in Him. Not letting us get away with laziness or apathy. Not allowing us to sit by idly while He does for us when He wants us to know that we can do for ourselves. He lets us do our part because He has done His. He doesn’t finish for us what He intended to finish through us instead. He knows there’d be no joy infused, strength garnered or character built that way. So, he rests the relationship, the ministry, the business, the opportunity, the position – into our weak, frail hands.

He who started the work, shows Himself faithful to complete it. Phil 1:6 TWEET

We invest ourselves into the thing that was unresponsive and dead to us before. And something happens as our weakness mixes into His strength. Life springs forth. Our eyes brim with anticipation and holy exuberance at the sight – our offering working because of the foundation He has prepared out of His love for us – his sons and daughters.

His Breath makes the difference. It makes our work, work.

And when we’ve done all we can. When there is nothing else for us to offer or nothing more for it to receive, we resist the urge to keep it and finish it ourselves. We refuse to let our flesh receive the accolade that we know deep down the One who started the thing deserves.

So, we hand it back to our Father again and let Him seal it in eternity once and for all.

He doesn’t refuse it. Never has. Never will. Instead “He who started the work, shows Himself faithful to complete it.” (Phil. 1:6)

He ties the knot. And it is done.

In Jesus’ Name and for His glory.