Home » Jewelry Box » What Do You Have?

Jude stood before me with a distraught expression etched on his face. His eight year old countenance was gloomy, his lower lip slightly poked out. I rubbed his left cheek lightly with the back of my hand then lifted his chin upward so that he could look me in the eye.

“What’s wrong”, I asked, even though I already knew the answer.

He’d been home alone for most of the day. His older brothers had been invited to hang out with friends and he’d been stuck . . . with me. We’d jumped on the trampoline, ridden our bikes and eaten his favorite pasta and parmesan lunch. But now, as the mid-afternoon hours rolled on, I knew what his answer to my question would be.

Every sleep deprived, overworked mother loves to hear their child claim boredom – after she has given her last drop of energy to entertain and engage. Somehow, I resisted the urge to choke him opting instead to ask another simple question.

“What do you have here in the house to play with sweetheart?”

“Nothing, Mommy. Absolutely nothing.”

Really? Nothing? I lifted one eyebrow to its most high perch and stared – my eyes boring a hole into his. I reminded him that it had only been four months since his birthday and two since Christmas. If I recalled correctly (and I did), he’d received several gifts from relatives and friends, a couple of which I recall him not-so-tactfully hinting to have. I brought those items back to his remembrance and then told him to go find them and enjoy them. He didn’t need to go anywhere else, have something else or be with anyone else.

Everything he needed, he already had in his own house.

Interest sparked, he ran off to find the gifts he’d tucked into a toy box in the back of his closet.  And . . . he played, enjoying himself for nearly two hours with the gifts . . . he already had in his house.

What do you have in yours?

Nearly always, there is a common link that bridges the gap between God’s interventions and our requests. It is a thread that is woven into the fabric of our relationship with the Father that, if overlooked, can cost us the most intimate and majestic experience with Him possible on this side of eternity. And in 2 Kings 4:2, this critical strand is presented clearly.

A woman, bereft of husband and financial stability, comes to Elisha requesting help. She tells the man of God that the creditors are demanding payment for the debts owed – debts she is unable pay in her impoverished state. She is desperate. The prophet hears her plea and graciously asks what he can do to help her. But before he even gives her an opportunity to respond, he poses another important question . . . “What do you have in your house?” 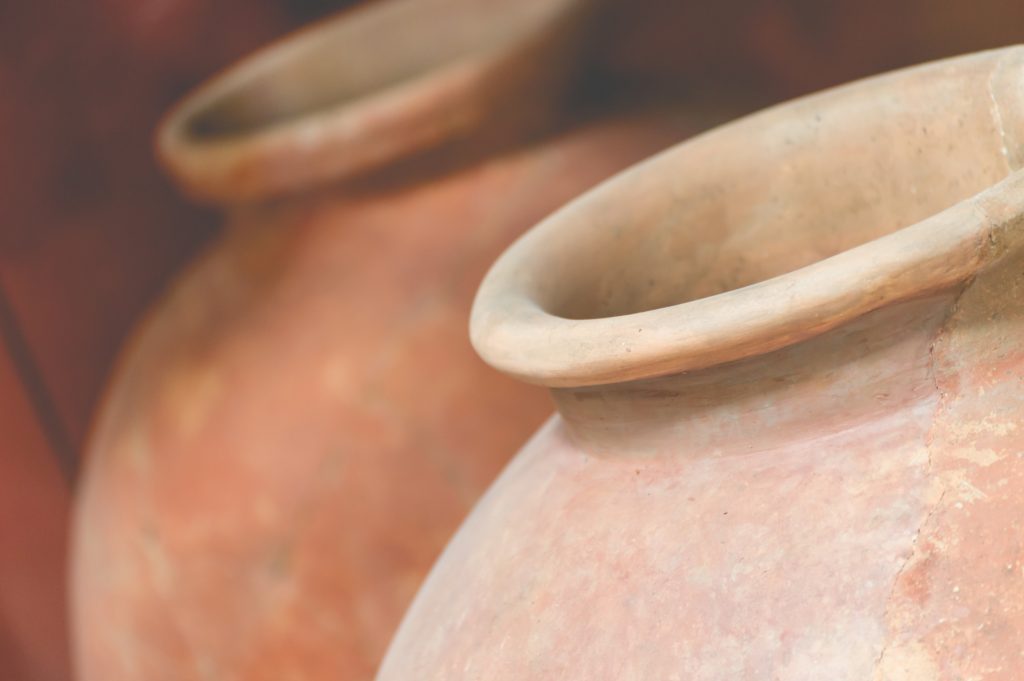 He did not point to her lack nor highlight her deficiency. Instead, he refocused her attention on the meager pot of oil sitting amidst all of the difficulty and hardship. There, like a ray of sunshine shooting through the most ominous cloud of a dreary day, were the embers of a miraculous fire that Yahweh was soon to set aflame.

If only she’d notice it. If only she would take the time to reflect on a simple question, What do you have . . . in your own house?

It is the same question posed to you on this day. How you answer it will begin to provide the fabric of God’s answer to your most pressing needs. Sometimes we are waiting on God, but often He is waiting on us to pay attention to what He has already given us.

Sometimes we are waiting on God, but often He is waiting on us to pay attention to what He’s already given us. TWEET

What is the little pot of oil you’ve neglected to take stock of.

The shred of possibility you’ve ignored.

The humble beginnings you’ve shoved to the back shelf.

What do you have?  In your own house?

It’s there. Right under your nose. He gave it to you quite a while back knowing that this day of need would arise.